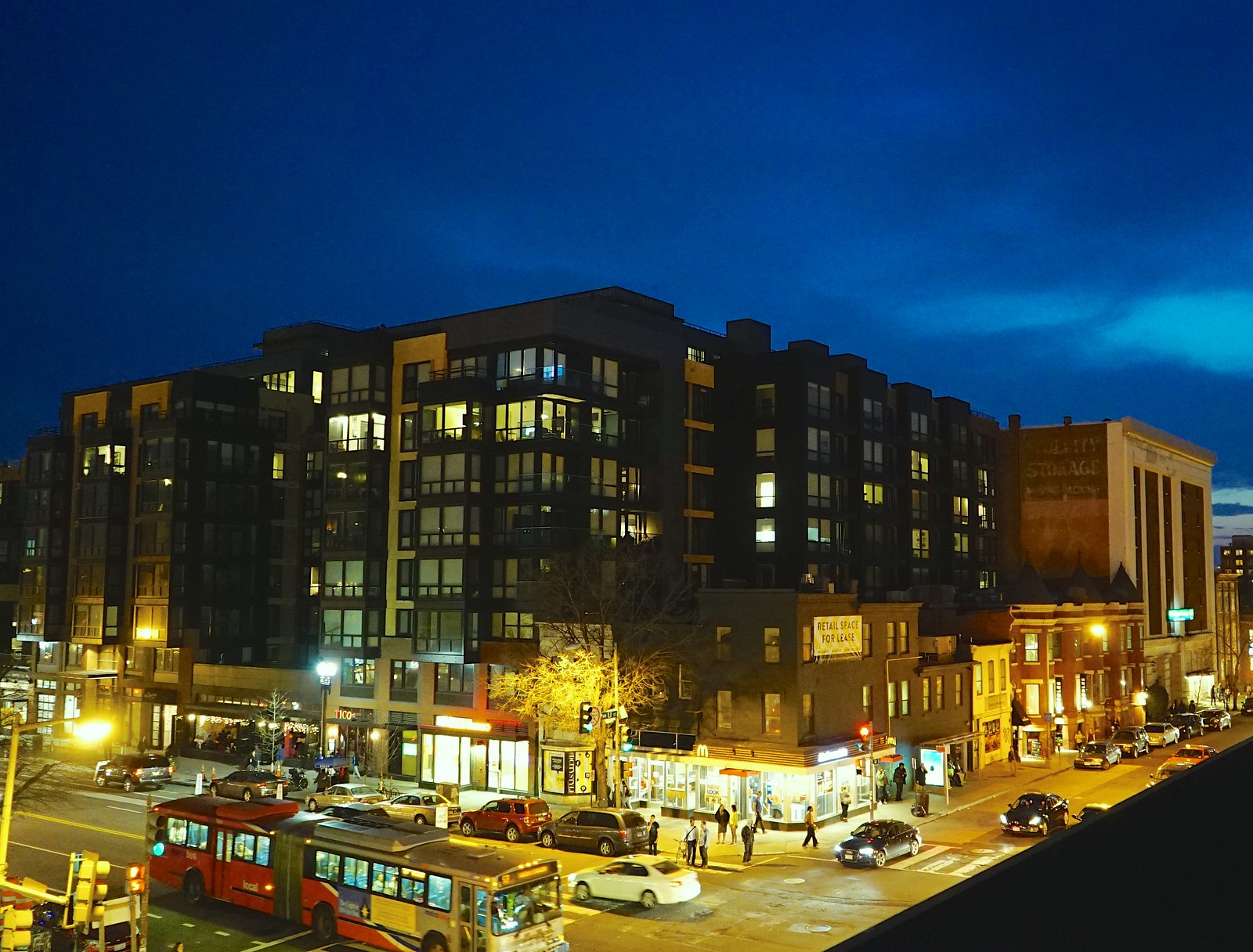 14th and U Streets at Night (View on Flickr)

This photograph was taken from the top of 14th and U Streets, in Washington, DC, where the first bricks were thrown on April 4, 1968, that resulted in the destruction of Washington, DC, following the assassination of Martin Luther King, Jr.

This corner is again hosting the future, with organizations and people who are wiping out bias against race, gender, and identity. No bricks, just love, which always wins 🙂