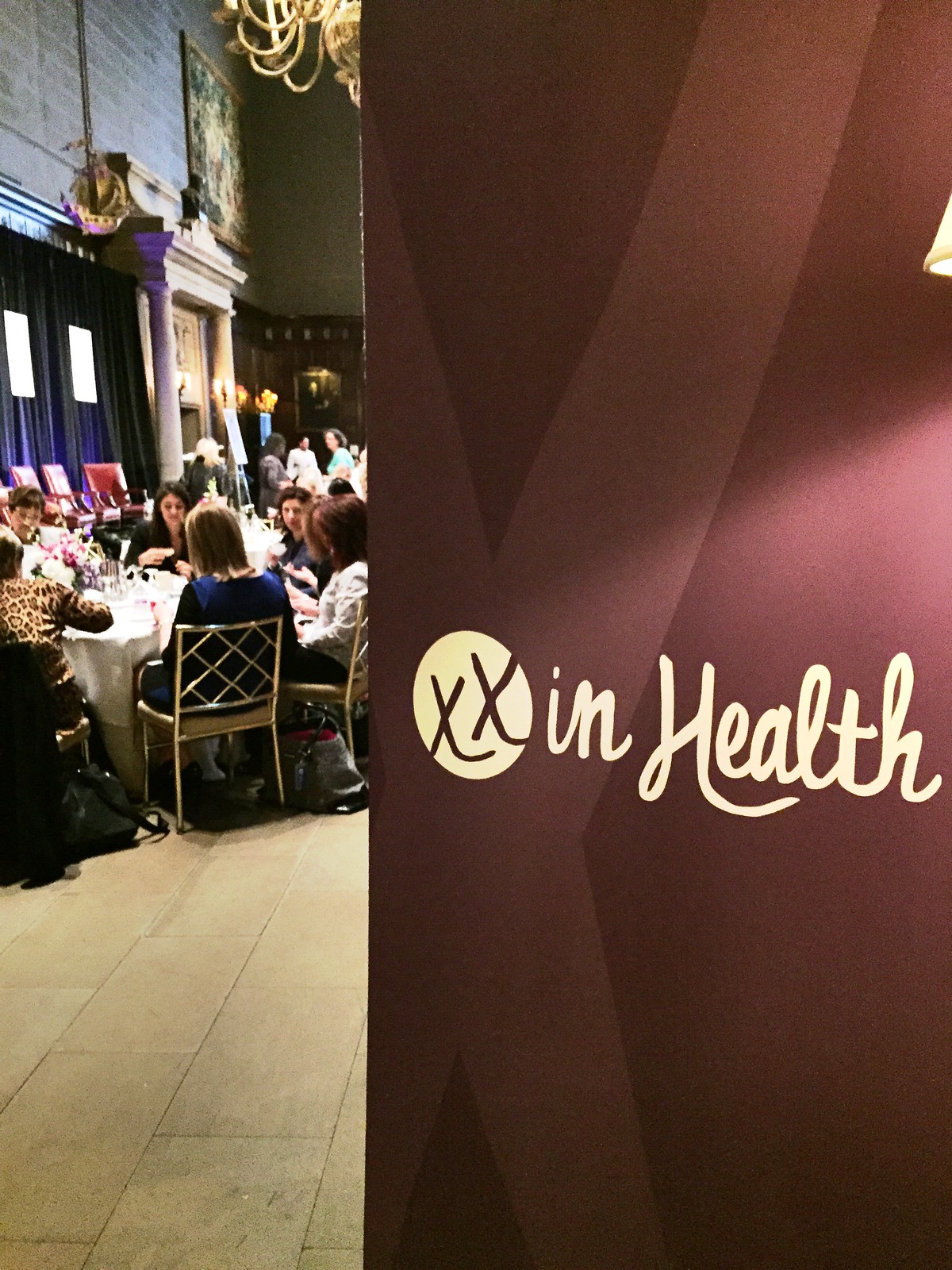 And I’m the man (barely) this is fantastic XXinHealth #ally (View on Flickr.com)

I woke up the day after the 6th XX in Health Retreat (@XXinHealth #XXRetreat) thinking, “what just happened?”

I showed up at the Harvard Club of New York, one of those old world boys club types of places, with lots of paintings of men covering the wood paneled walls (with the exception of one woman) for a day of discussions and workshops with 200 women about innovation, leadership, courage. I left having participated in all those things, and then… 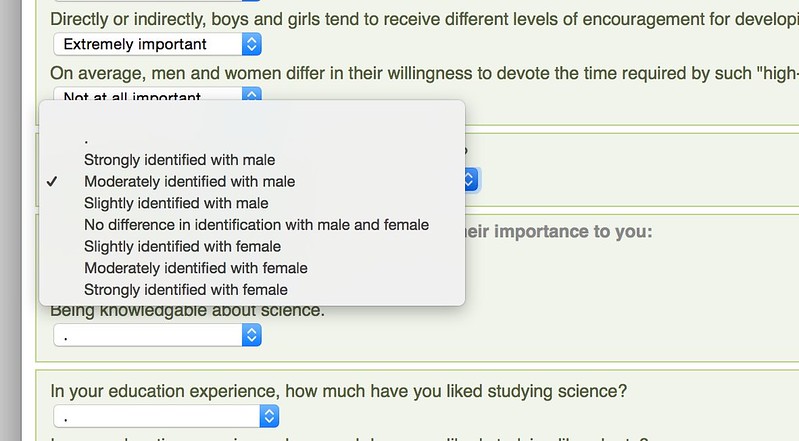 Only moderately male (View on Flickr.com)

The title of this post comes from the fact that when I was recently asked how much I identify with being “male” I didn’t select the the strongest category.

It’s because I don’t identify with the male privilege I see all the time in my cis-gender, heterosexual male colleagues (and throw in that I’m Generation X who are less about “winning” and more about “wanting to make it happen”). And yet I know I benefit from it, no matter how much I protest.

This is probably why I spend my innovation energy in the places that few men dare to go.

….and so I listened to the stories and scanned the room of so many faces of people who are doing incredible things with visible and invisible hurdles systematically planted in their way by society:

This is the part where an attendee might tell me I’m being naive (go for it) for not already knowing this. I know it, but I don’t deal with it, which means I don’t “know” it.

As my trans mentor, Garrett reminds me, I will never ever know what it’s like to be a trans person. Same goes for being a woman. Allies have to understand and be aware of this, recording it here is a way to remind myself.

If you could choose to be brilliant OR happy

We had the most awesome lunch table conversation about The Role of Courage in Leadership, led by Mary Zappone, where this question was posed to us.

Seems like a false dichotomy at first, but think about it, and think about the (voluntary) choice that innovators make.

The science is clear in 2015 that being a woman happens in the human brain, not in chromosomes, which Dr. Vivienne Ming (@NeuralTheory) and I quipped about on stage.

It turns out that Vivienne and I have similar interests in terms of human potential. The difference is that she has something(s) I don’t have – data + the ability to simulate the human brain to understand how it works. I believe from reading her work that she’s discovering answers to questions about how we build human potential rather than searching for it.

Our uber-hosts, Robin Strongin (@DisruptiveWomen) and Halle Tecco (@HalleTecco) are the ones who invited this dialogue in the first place. I give them tremendous credit for their intellectual flexibility and modernity. They’re already “there.”

I was excited to be introduced by them to Vivienne and I still am.

In addition, when they invited me to be present, it would have been completely appropriate (and my suggestion) for me to be told, “Ted, show up 15 minutes before the session you’re in and then you can leave right after.” And yet, they said to be present and participate as any member of the community.

Who isn’t drawn to this kind of leadership.

It was received significantly on me that it’s the men that should be educated. And as with every issue of power balance, it’s not the responsibility of women to educate us.

I’m not sure that the answer is to open up this event to men more broadly. That’s up to the XX in Health community. I definitely saw the value of women getting together as a group of leaders on their own. Perhaps there might be a companion event that men sign up (and pay for, the whole responsibility thing) to learn about the impact of gender from our colleagues, in a safe, educational atmosphere.

We need to own this conversation in partnership, not hear about it when we discover we did everything wrong. And the everything wrong is, as Vivienne pointed out, when we wake up to a workforce that looks exactly like we do, because we used a referral based recruitment system, and therefore produces monosolutions to things, which ultimately fail.

I have found myself in the day(s) after telling people, “Yes, you should ask for what you want,” and focusing my listening a little bit more.

I knew when I was asked to do this that it was a unique x 10 opportunity and I wanted to do my best to be an ally to the community. That, and making sure Vivienne’s talents were recognized by the audience 🙂 .

She reported to me the next day that she was engaged in dialogue with the group until late in the evening (11:20pm). So clearly that happened. I felt brilliant AND happy when I heard that. In all seriousness, from knowing her work, I predicted that would be the outcome. She said a few times during the day that she wasn’t in the health field. Human potential, neuroscience, child development…. it seems a lot of people (me included) think she is in health…

This is one of my favorite quotes about that:

It is not the job of anyone to try hard to fit in. It’s up to our workplaces and health system to be open to their diversity. 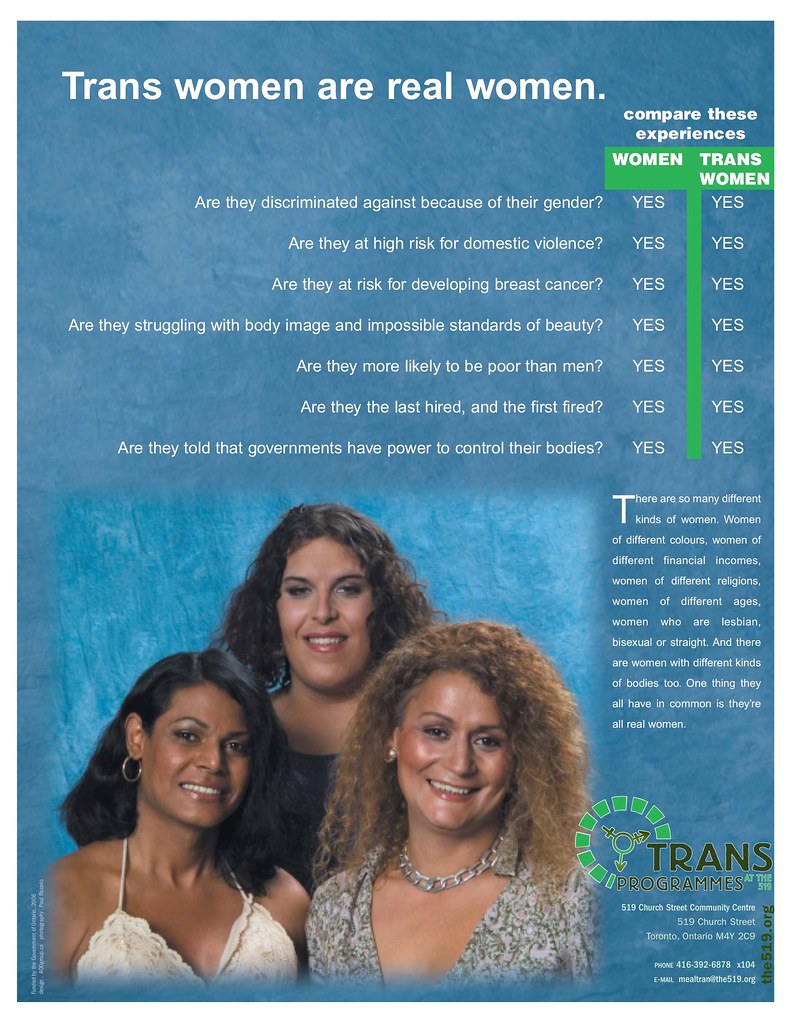 Trans women know what it’s like to be a woman, because they are women (View on Flickr.com)

As I’ve mentioned on this blog a lot of times, I am learning more about gender than I ever have through the lens of people who transgender. There’s a lot of insight in the experiences of people who have lived experiences as both men and women in their lifetimes. Here’s an especially enlightening account: “I never stand too close.” And, transgender women, who are women, face all of the same challenges.

I work for leaders who are men and women whose mantra is “I’m a work in progress” which is an awesome asset. And, I live in the future, where gender will be acknowledged, respected, and celebrated.

There’s a really good reason for diversity – without it, the human species wouldn’t survive.

It is not necessary to change. Survival is not mandatory – Edward Deming

We have to change to survive, and our generation is going to change everything (of course). Thank you for the warm welcome, XX in Health, and for aiming me.

Oh! And thank you Erica Chain (@EricaChain) for bringing yourself as a leader AND a patient as well as the entire XXinHealth team who brought meaning to those old boy walls on Tuesday.

Here are my photos and I put select tweets in a storify below. Sorry, long post, a lot to figure out! Feel free to help me in your comments….

Ted, Ted, TED!! OMG, what you’ve been up to. (My travel this year is half of what it’s been, so I’m spending much more time reading.)

I ran across this post from 16 months ago on this Sunday morning, linked from your Lean In review. THIS is what early Sundays with coffee are made for.

First, deepest kudos for your eternal perceptiveness and openness and generous share-share-sharing. I’ve learned so much from you for years, not least starting with how to be a blogger.

To Robin and Halle and anyone, as a former Disruptive Women Man of the Month, I would relish the chance to participate in a #XXInHealth event, whether in my home area of Boston or anywhere else. It’s important work, and I hunger for the opportunity to learn and expand my self-awareness.

To other readers, if you haven’t seen Ted’s post that’s screen-clipped above about his second jacket, where he and @ReginaHolliday tell the jacket’s story side by side, you’re in for a treat. I can almost hear their voices.

Now to go figure out where to start in commenting on your Lean In post.

Thanks for taking a wander through the articles today. Disruptive Women is now the steward of XXinHealth, and as I mentioned in the post, we actually don’t have to wait for women to create a conference that they organize and pay for, to invite us to for us to learn about their lived experience….

Ha ha, yeah, no invitation needed – I haven’t posted my Lean In comment yet but I hunger for the conversation. The only reason I’d want to go to the event is to, for instance, share in whatever left you saying “What just happened??” I hunger for that too.