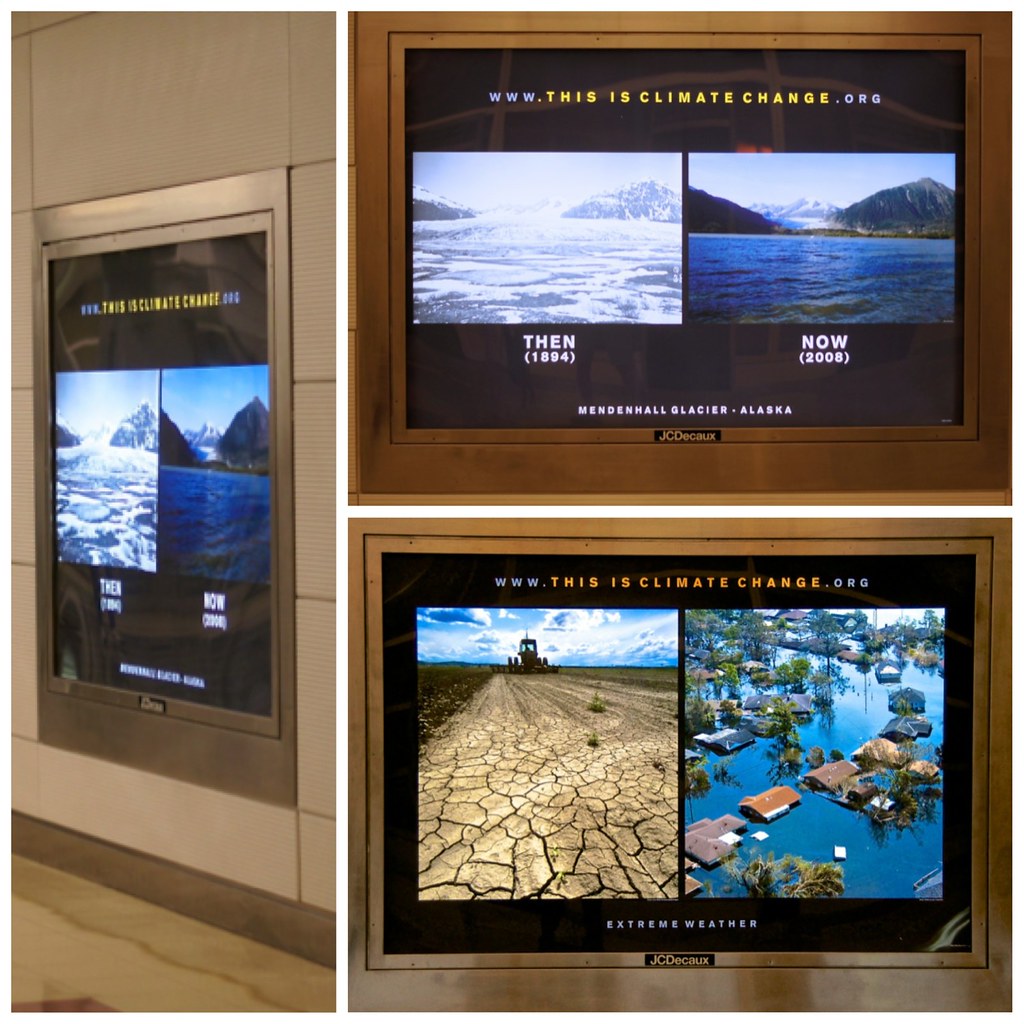 View This is Climate Change – Ads become more relevant from March to November, 2012 on Flickr.com

If you fly through DCA airport to get to Washington, DC, you’ve probably seen one of the images above on your way to the baggage carousel. I’m there enough that I was able to snap the image on the top, in March, 2012, and the image on the bottom, in the same space, in November, 2012. Note how the focus has changed – from “Polar Bears” to “People.”

I noticed the first image back in March because of the research I was exposed to about this phenomenon in learning about Green Healthcare. (see: Not using stock photography: Better images to talk about green in health care #greenHCTed Eytan, MD | Ted Eytan, MD)

Not harming people at the same time you are working to heal them is part of total health. A few more images related to climate change and green health care (or lack thereof) are below. Click to enlarge. Prevention is the new HIT.