I really enjoy learning about the history of the communities I am a part of, and the U Street Corridor, adjoining Logan Circle, Dupont Circle, and Adams Morgan has an impressive one:

Here people of color responded with strength to the injustices of segregation, engaging in some of the nation’s first civil rights protests while simultaneously building a vibrant urban center of their own – “a city within a city.”

Located near the famed Howard University, the neighborhood was home to Edward Kennedy “Duke” Ellington. Its theaters and clubs hosted the brightest lights in American jazz — Cab Calloway, Pearl Bailey, Sarah Vaughn, and Jelly Roll Morton, to name a few.

In 1968, this neighborhood was a very different place, as it was devastated by riots following the assassination of Martin Luther King., Jr.. It is now being reborn, with a cultural diversity that it began with.

And…it’s sunny here during the winter. I had forgotten what that’s like :). 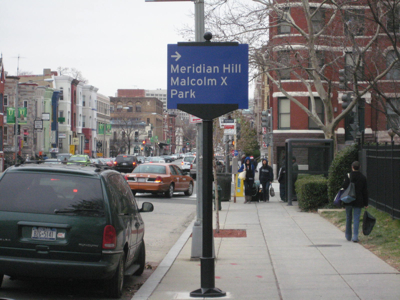