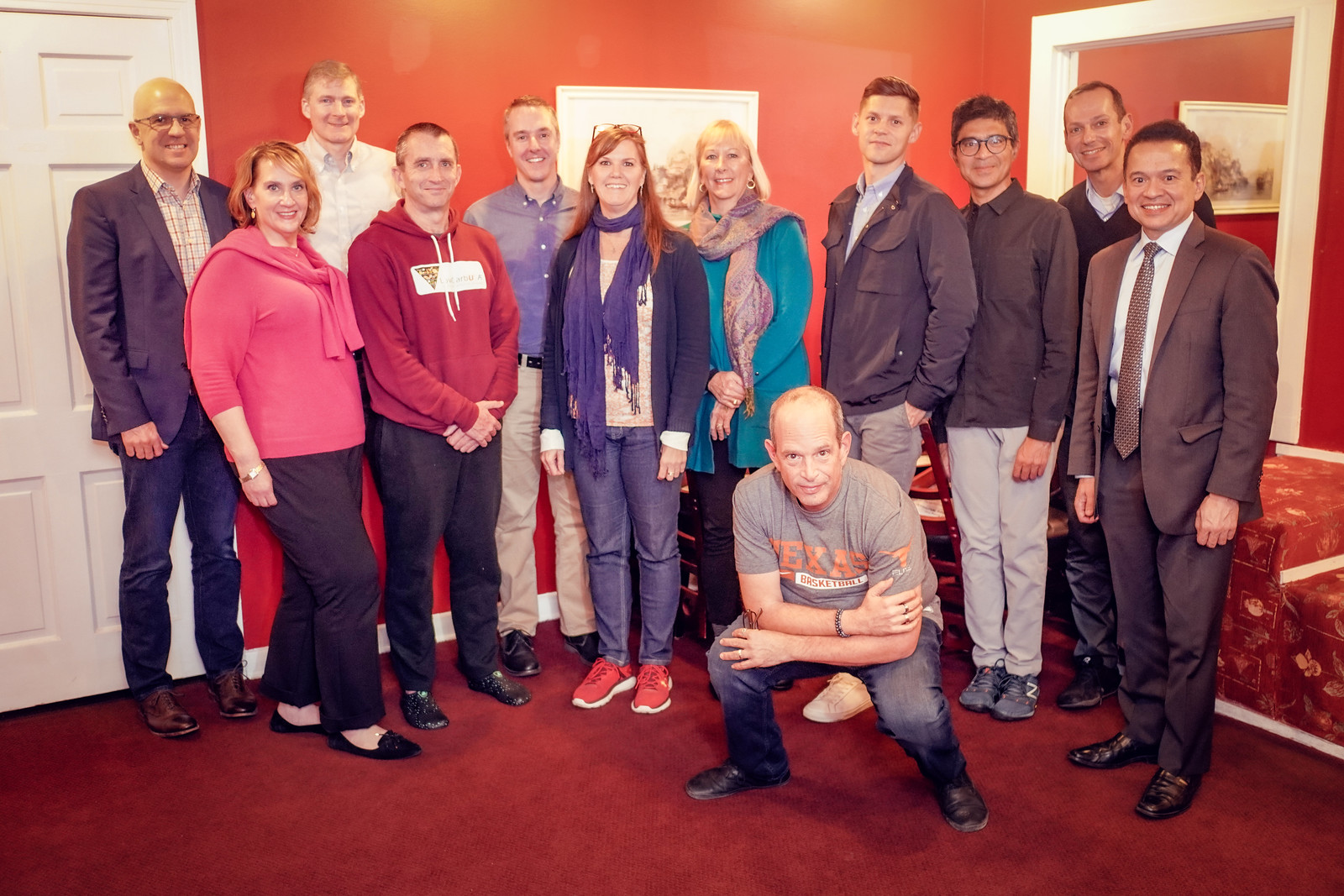 I had the privilege last week to attend the 4th United States Department of Agriculture Dietary Guidelines for Americans Committee (DGAC) meeting in Houston, Texas last week. This was the second of two meetings where public commentary was invited, and the fourth of 5 public meetings that will be held. I attended on behalf of the Nutrition Coalition (@dietaryreform), which is a non-profit, non-partisan educational organization, founded in 2015, with the primary goal of ensuring that U.S. nutrition policy is based on rigorous scientific evidence.

As I mentioned in my public comments, our group does not promote any specific diet. You can read those comments here.

It’s important to go to places like this where policy is formed, to understand the millieu and gain impressions that can’t be gleaned from a webcast or a transcript. Here are mine.

The meeting was held in the USDA-owned Children’s Nutrition Research Center, part of a massive medical industrial complex in Houston. This alone says something about our health priorities. In between listening to report-outs from the committee, we say thousands of health care workers and patients going in and out of their places of work or healing, tending to illnesses that are likely related to nutritional status.

This is the sign inside the USDA building itself. This also says something about where our current nutritional priorities lie.

The Work of the Committee – Knowing

Part of the work of the Committee has been completed, which means that only preliminary conclusions were stated for several of the topics and questions proposed, including various dietary patterns and nutrients.

If there is any feeling that the DGAC is not aware of the metabolic health status of Americans, I can assure you that they are aware. And the awareness is grim.

At least we are all looking at the same data.

There’s not much improvement to report over time.

Not only this is known, but what also is known, and was shared with some humor (even though it’s not funny) was the content of the current American diet. What we heard over, and over, and over again, were the words “burgers, sandwiches, and savory snacks.”

This series of slides is like a horror show – repeat after me – burgers, sandwiches, savory snacks.

They are actually making fun of the repetition. Will this be funny in 2025? #DietaryGuidelines ⁦@USDANutrition⁩ pic.twitter.com/7mh3UwIwok

The Work of the Committee – Doing

I understand it is not the role of the DGAC, USDA, or HHS to tell people what to eat. However, the policies set forth in the guidelines do impact the food environment, in terms of what is produced and made available for consumption. These are the consequences of the Dietary Guidelines. I would think it might be interesting or humorous to go over this data after maybe the first, or second edition of the guidelines, but 40+ years later it should be a serious and solemn moment to review where we’ve come.

It wasn’t like this before the first #DGA came out in 1980 telling Americans to go low fat. #dietaryguidelines ⁦@USDANutrition⁩ pic.twitter.com/GKRG5hzp6t

As I mentioned in my public comments, no DGAC ever has reviewed the totality of evidence around saturated fats and health. The protocols being used for 2020 also will not include this review because they exclude studies performed before 1990, when many high quality trials were performed.

While the outcome of this particular review (saturated fats and health) was not shared at this meeting, I am concerned that in other parts of the meeting, there is an inherent bias against the health impacts of saturated fats.

If this nutrient of concern is under scientific review, I do not think I would call it “overconsumed” until I knew what the data showed about consumption and health.

I was joined by 60 other individuals representing the spectrum of dietary patterns, foods, options and philosophies, and this was great to see and experience. There are going to be very few (if any) venues in the United States where a vegan diet advocate can sit next to a representative from the dairy industry in narrow seats next to each other for 2 hours. This is a good thing, because we all exist in this country with a dream of better health for ourselves and our communities. You could hear this in everyone’s comments, which were universally about reducing or preventing the burden of chronic illness. The difference is in the “how” rather than the “what.”

I’ll say the “how” is highly dependent on the unique characteristics of each human, and I trust that no human hopes to be chronically ill.

Hope for the Future

I have served on committees like this and I’m sure many people reading this post have as well. I believe that it’s extremely challenging to work as a team to synthesize so much data, and so much data that comes from less than good research.

The place we’ve arrived to in 2020, as I said in my public comments, is that when someone tells me they eat “healthy,” I have no idea what that means anymore. We’ve lost certainty over what “healthy eating” is. Maybe in 2020 we need to decide that “eating healthy” is what allows a person to live a long, healthy, productive life, as determined by themselves and health professionals, in partnership. That would allow us to understand a person as a person rather than a diet label, and to continuously ask questions about whether what we thought was true yesterday is true today.

We just started the decade of #DataOverDogma. We could still see a Dietary Guidelines for Americans that makes recommendations based on science only, doesn’t make recommendations where science isn’t clear, and supports every human in making solid choices about their nutritional destiny.