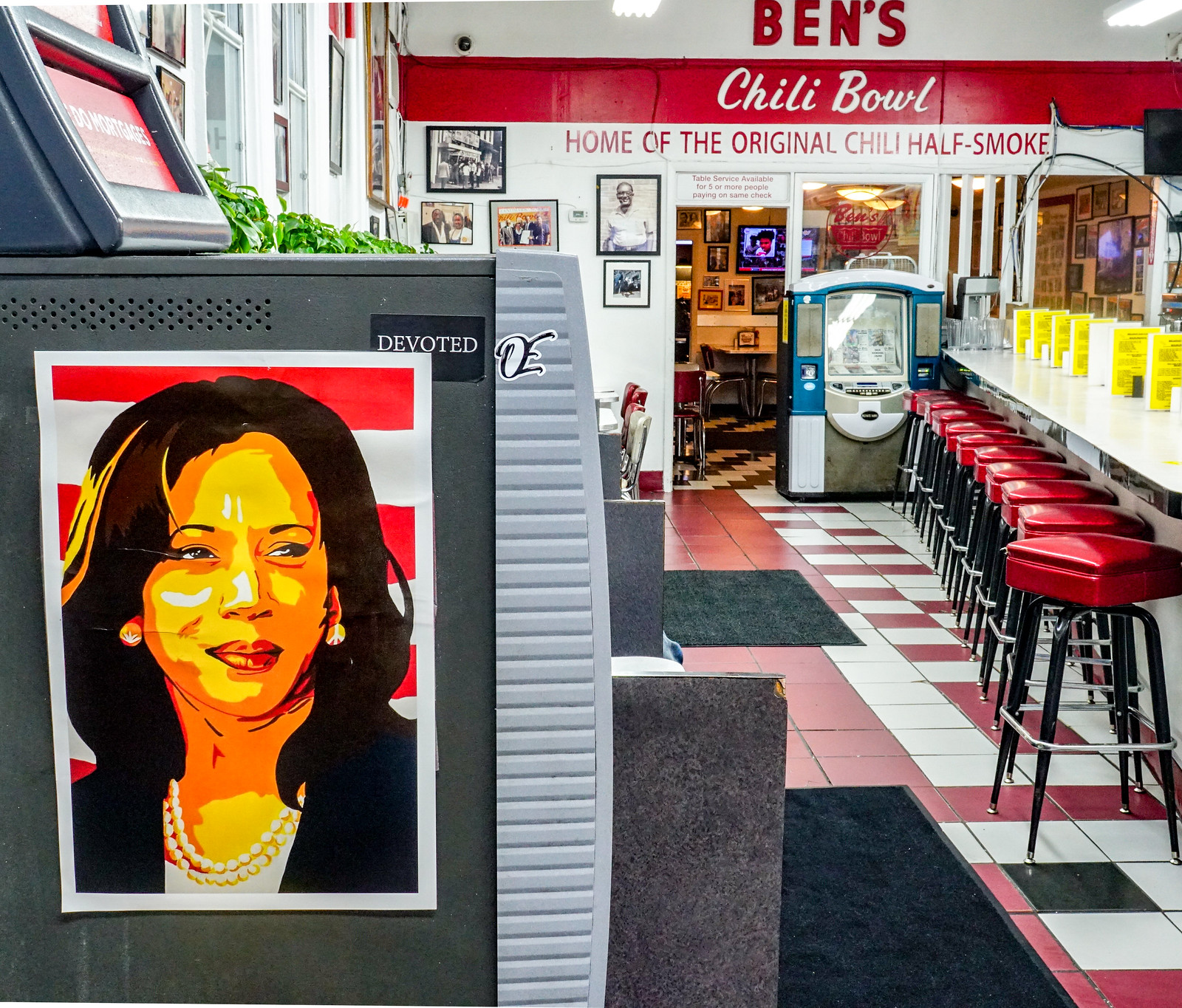 Thank you for publishing my photo, @Popville.

I’m choosing a different crop to present here, to denote where the photo was taken, at the iconic Ben’s Chili Bowl, in Washington, DC, on the occasion of replacing the former Bill Cosby mural on the side of the building.

Source: PoPville » I’ll be kicked out of the consortium if I don’t post this