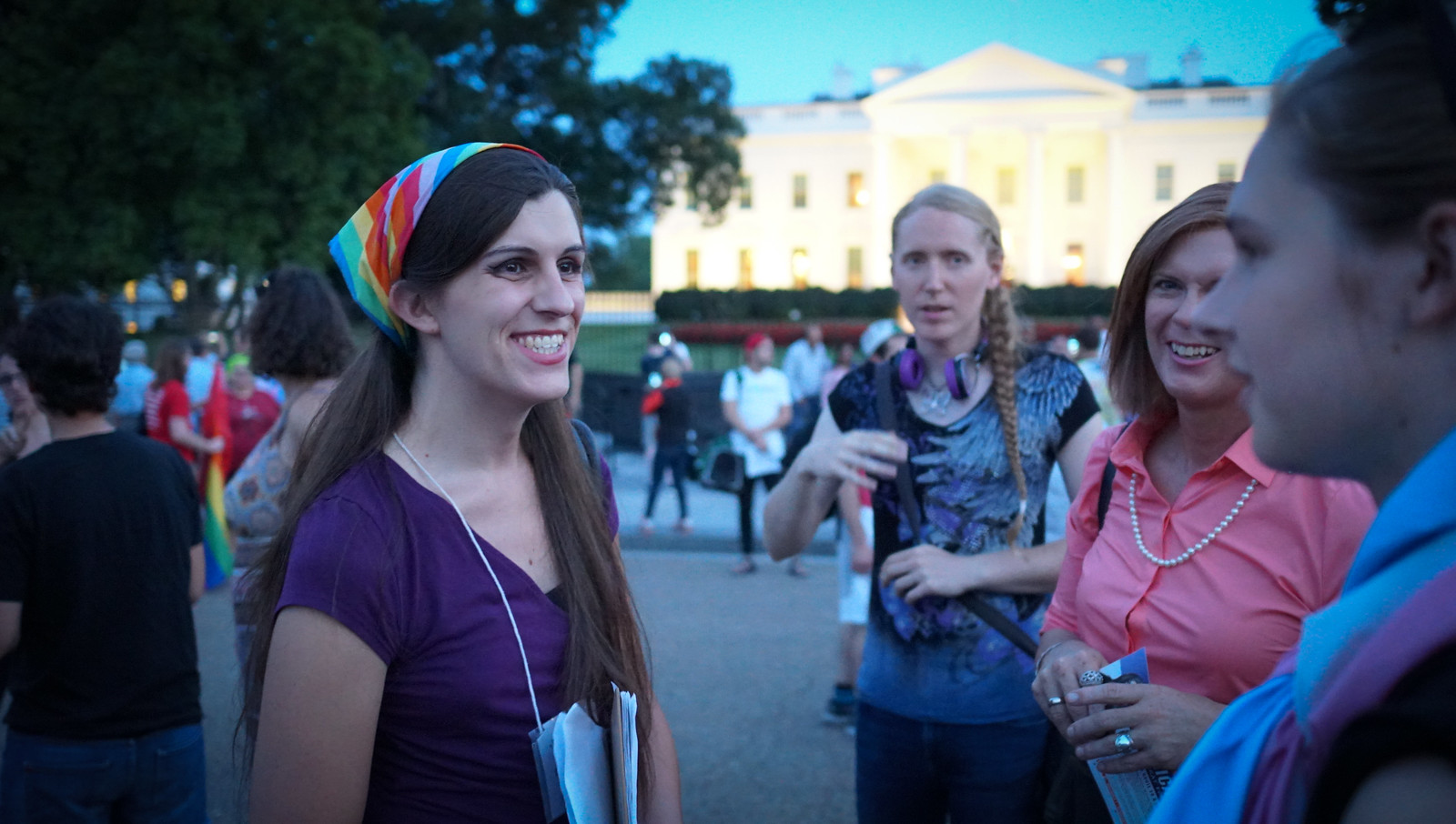 I am proud to provide this photograph, of Virginia Delegate Danica Roem (@pwcdanica), to the Virginia Museum of History and Culture (@VirginiaMuseum) Exhibition:

It was taken in front of the White House as part of a quickly arranged protest on July 26, 2017, when this happened:

On July 26, 2017, President Trump posted a series of tweets in the early morning hours announcing that “[t]he United States Government will not accept or allow transgender individuals to serve in any capacity in the U.S. Military.” The unexpected and callous tweets were swiftly and widely condemned, including by more than 56 retired generals and admirals, as well as prominent Members of Congress from both sides of the aisle. A month after the initial tweets, President Trump issued a formal memorandum detailing the ban and directing Secretary of Defense James Mattis to produce implementation recommendations, which he did in March 2018.See: Transgender Military Service | Human Rights Campaign

At the time, Delegate Roem was candidate Roem, and I remember her telling us that after providing support to the many who needed it in Washington, DC, she would be back to Virginia to continue campaigning that evening. There was no hint of complaint in her voice. She was present with those who needed support and community during a time of sadness for LGBTQ communities all over the country.

"Our "Agents of Change" exhibition is opening this Sun., 3/8, with a special member reception @ 11am! Enjoy mimosas with us we toast in celebration of International Women’s Day and commemorate the centennial of the passing of the 19th Amendment.https://t.co/ZIxH9wiET7

The third museum housing or displaying one of my photographs:

These are the other two:

The photographs will continue to be captured as long as the human spirit exists.