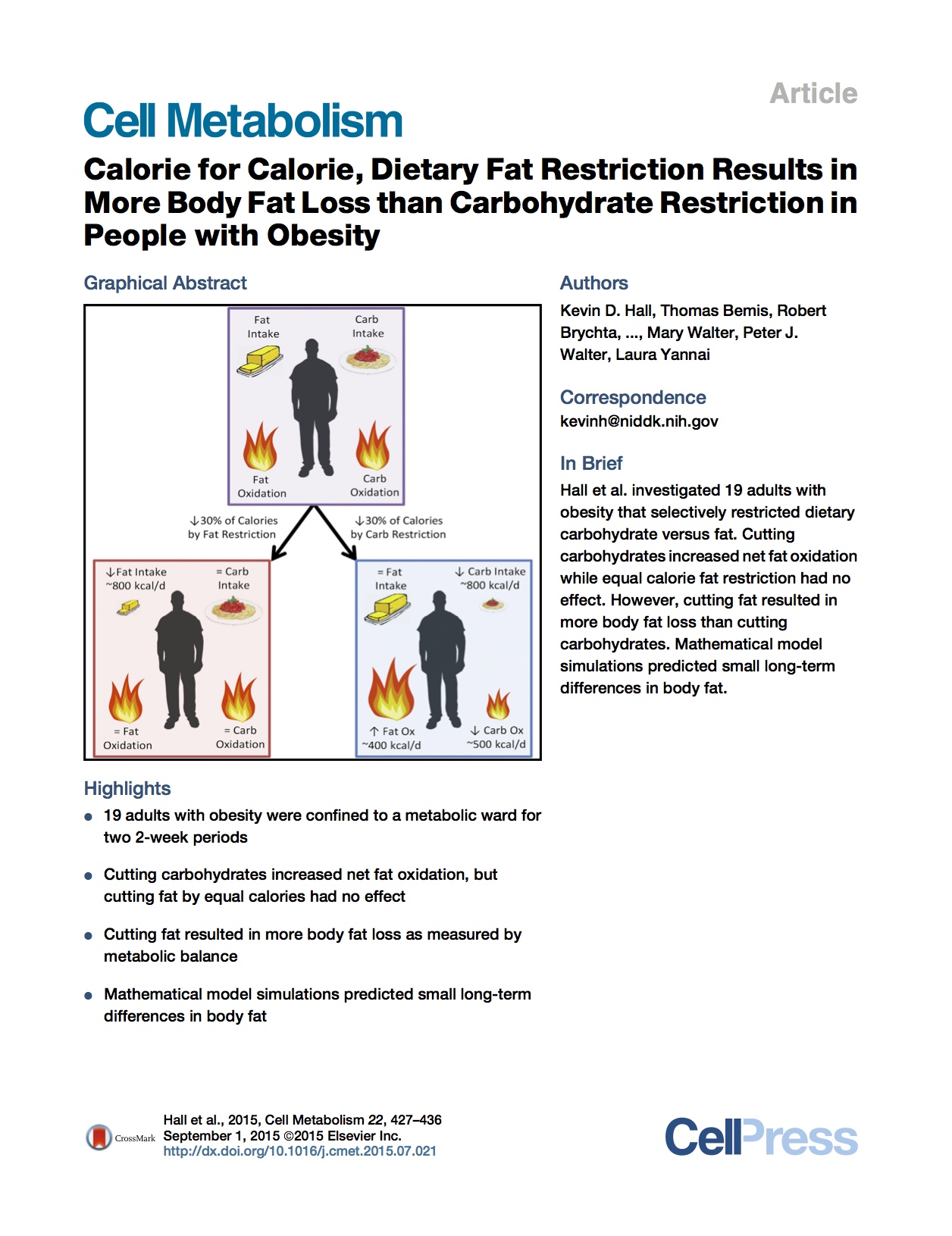 This is a paper comparing the fat burning capability of either a low carbohydrate or low fat diet among 19 adults confined to a metabolic ward (very controlled conditions). The authors conclude that amount of body fat loss (but not weight) is greater in the low fat eating subjects, supporting the “calorie in/calorie out” hypothesis.

What I was struck by, though is the lipid changes that were seen in the subjects.

The authors of this paper have traded correspondence with other scientists in the low-carbohydrate community about the methods and validity of this approach (citations at the bottom of this post). Specifically, some points of controversy are

What I immediately noticed is the impact on lipid proportions

These changes are predicted with these diets. When I calculated the TG/HDL ratios based on the averages (I don’t have the raw data), they were:

& trended the wrong (unhealthy) way for the low fat group compared to the low carbohydrate group. For more about why this is the unhealthy direction, see: Just Read: Challenging the role of LDL vs Insulin Resistance in predicting heart disease, via Kaiser Permanente data

Fat loss is a more important goal than weight loss in the treatment of obesity.

While the fat balance method does not determine the anatomical location of lost fat, decreased adipose tissue triglyceride likely makes up the majority. Any additional loss of ectopic fat from liver or skeletal muscle would likely be even more beneficial.

I am not the expert here (and still catching up), so follow-up studies and commentaries can be found in these places, including twitter (thank you social media):