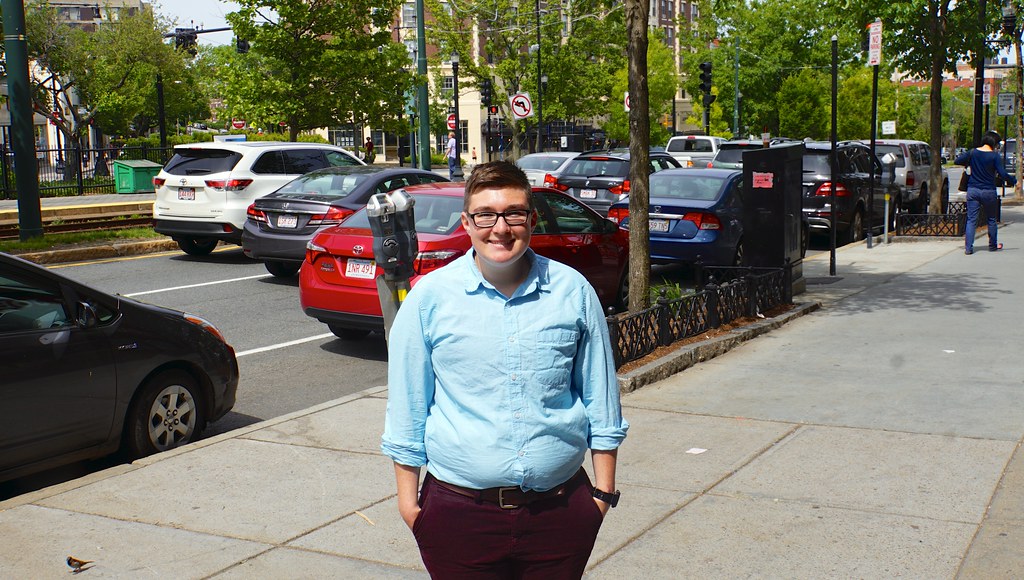 Garrett G, is my mentor, in Boston, MA, USA (View on Flickr.com)

What is an ally?

There are a few guides to being one out there (see: Just Read: Guide to being a trans ally – Straight for Equality – PFLAG National) , and at the same time there’s no instruction manual.

For a few months now, I’ve been in a mentor-mentee relationship with Garrett G (prounouns: he/him). Garrett is a transgender man, a recent college graduate with a great first job at a great health care institution, in Boston, MA. He wasn’t graduated, with a job, or financially secure yet when he offered to educate/coach/support me as I worked to be an ally for transgender people, as my mentor.

Since I was in the Boston area as a participant in the Harvard Executive Education Program (@HBSExecEd), Garrett offered to take a walk with me for an in person mentorship session.

The title of the post comes from an acronym that Garrett shared with me – “WAIT” = “Why am I Talking” – a mantra that can be used to check one’s self in a dialogue. Some helpful guidelines:

It’s good because I think people sometimes don’t realize that because of their appearance or identity they tend to be favored in conversations, which makes someone who is vulnerable already, even more so.

This is the theme of what I have been working on over the last few months – to be a good ally is to support others in leading, in a conversation, in a walk down the street, in a social transformation. It’s better for all of us, because who wants a monoculture, which has been shown to result in less happy cities, and less productive businesses, not to mention a less viable human race.

As an example, if I had written this post 6 months ago, the featured image would have been one of me, like the one below. Instead, I’m featuring Garrett G above, to promote his leadership.

I am also learning what an ally is maybe not. It’s good to proclaim one’s allyship, but it’s not enough to do that. Sending around articles is nice, commending people is nice, but it’s not enough. I recommend connecting with a person in the group you are being an ally for and ask how you’re doing and how you can improve. Let them review your social media posts or comment on some of your activities. You may learn that you can up your game a little, or maybe that you have to change your ways altogether. The ally landscape is unfortunately littered with both good intentions gone bad and bad intentions that create tremendous harm. If you’re not sure, ask. If you don’t know who to ask, ask me.

I would like to give a word of thanks to Garrett, because not every person has the energy or desire to educate others about their situation, and it’s not their responsibility to, either. Mentorship is a special gift, the ability and demonstration of change is the payment 🙂 .

Some more photos of our walk in Boston. Isn’t America beautiful?

RT @tedeytan: Blog post: WAIT = Why am I Talking? Learning how to be a better Ally http://t.co/xoQcFSfz31 #EqualityEqualsHealth

[…] was alerted by my mentor that the comments with responses could trigger people negatively, and so I should put a warning at […]