This week’s photograph is a collage of the Thurgood Marshall Center for Service and Heritage, from 2015 and 1979.

The Center is on a side street in the Shaw neighborhood and is the home to many revolutions in leadership, most notably the end of school segregation in 1955.

When I was there recently, I tried to imagine what it must have been like for someone like Thurgood Marshall to walk out of what was then the YMCA onto the street, into a world that might not be so secure. Here’s a 3D photosphere of the sidewalk outside of the Center that might help you do that, too.

Since that time, the Center regularly celebrates the kind of high impact leadership that the world often tries to suppress.

A few weeks ago, I went to one of those celebrations, that honored Ruby Corado (@CasaRubyDC) as well as Annie Kaylor, who built an iconic steakhouse in the LGBTQ community. In the 1960’s, she famously said this to two of her male customers:

“No, no–you hold those hands right up here on top of that table” – Annie Kaylor

These are the seemingly little things to the majority that mean the difference in having dignity to the minority.

I like coming here because I get to meet the people and learn about the stories that change the world. That’s priceless. Having these things happen every day where you live, that’s Washington, DC 🙂 .

More photos of the Center and of the 2015 Community Pioneers Awards below. 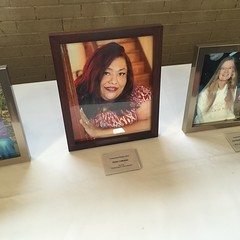 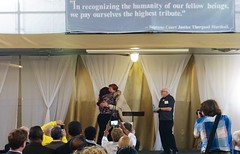 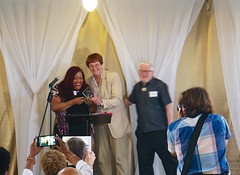 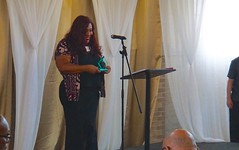 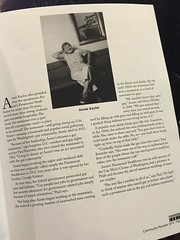 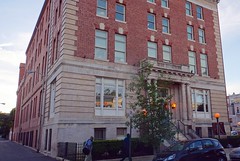 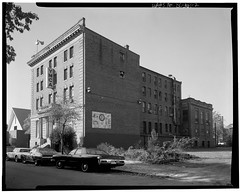 […] So maybe in the end, a declaration of obsolescence was really the most health-sparing intervention that happened in this place that was felt to have no value. Except to people like Thurgood Marshall, Martin Luther King Jr., and present and past leaders in the LGBTQ community who continue to lead the world in a better human experience for all. (see: Photo Friday: Leading in a world that doesn’t want you to – Thurgood Marshall Center, Washington…) […]

[…] I am a part of and is integrated with dozens of artifacts of the work of great people who led in a world that didn’t them to (actually, the world didn’t want them to exist, much less […]