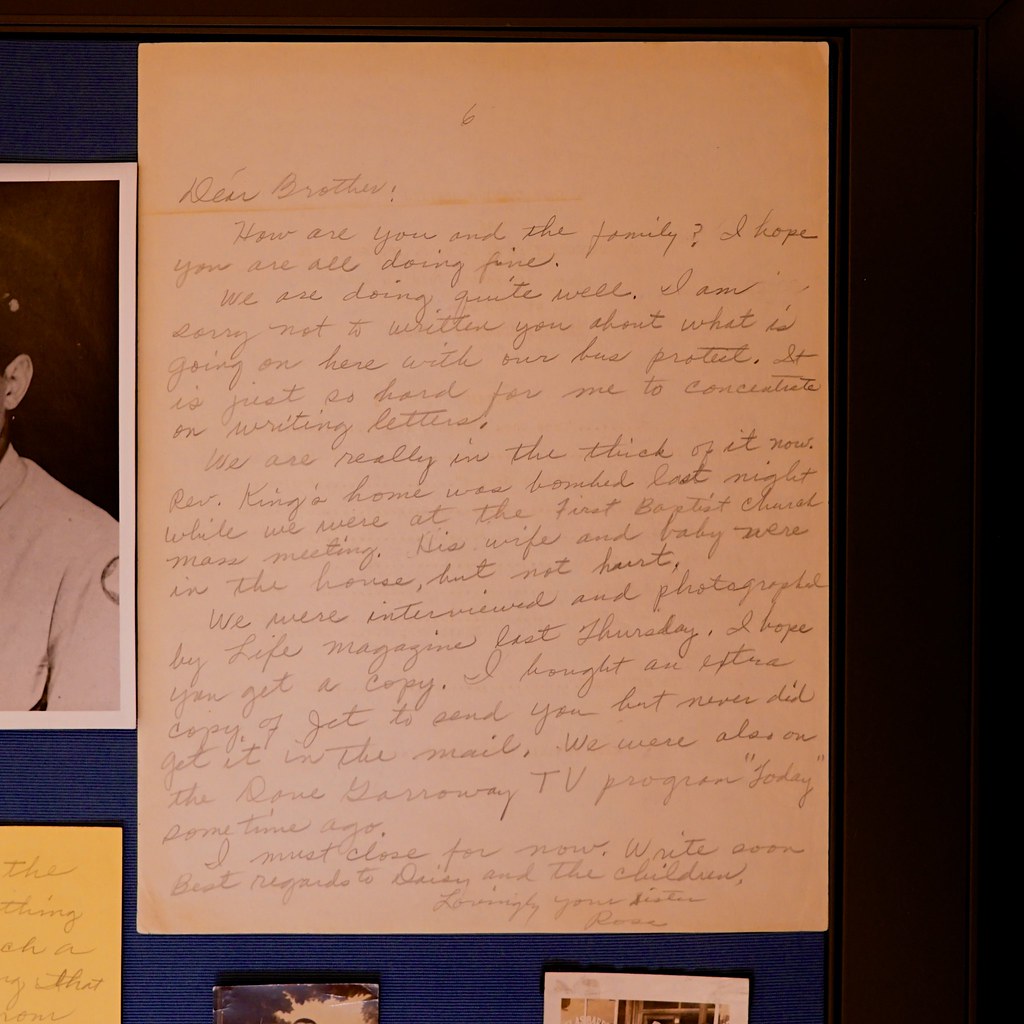 Letter to brother: In the thick of it (View on Flickr.com)

Yesterday was National Doctor’s Day, and instead of a free Blackberry case (how 20th Century), I asked instead if I could dart out and see the last day of the public display of the Rosa Parks Collection at the Library of Congress.

The answer was yes (which is the answer to everything), I did, and I took photos, below.

There’s a companion exhibition on the Civil Rights Act of 1964, which I also photographed. It does a nice job of going through the history and elements of the act.

I was especially pleased to see the description of Title VII (see photo), which, since 2012, now protects people who are transgender and gender non-conforming. I just had to say, “Thank you LBJ.”

I have had the privilege of sitting in the Rosa Parks bus. Now that I’ve done it (and heard her voice describe that day in 1955), I can recognize the courage, relentlessness, and humility in other great leaders I know today. There’s nothing quite like it. I am lucky to know them.