“In recognizing the humanity of our fellow beings, we pay ourselves the highest tribute.” 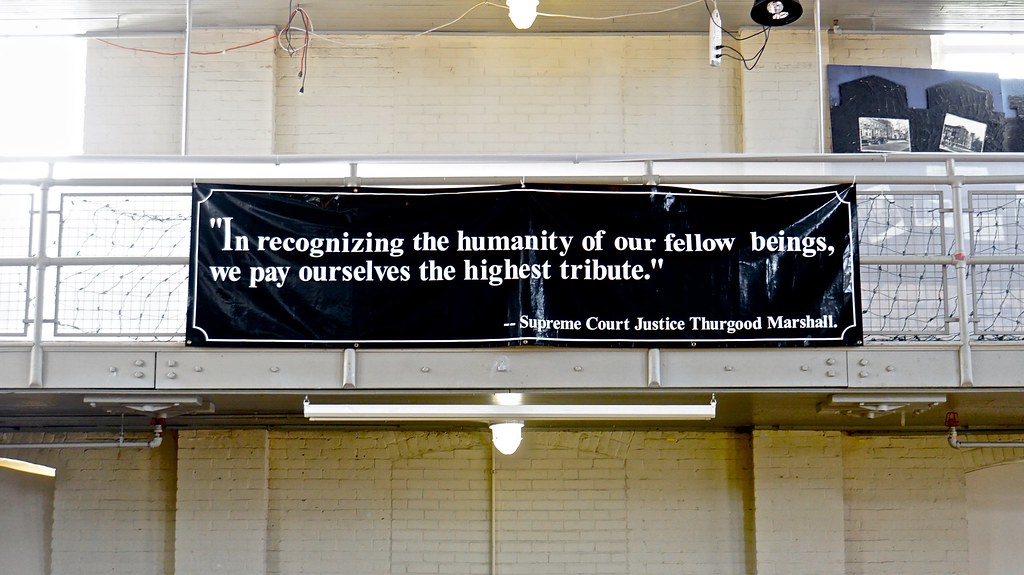 Washington, DC is full of monuments, in out of the way places, to the people who were the most prolific social innovators. I love discovering all of them. This series is from the Thurgood Marshall Center and the African American Civil War Museum, (@AfroAmCivilWar) which happened to be open on a day it wasn’t supposed to be.

The Twelfth Street YMCA Building, constructed 1908-1912, was the home of the first-full service YMCA in the nation to serve African Americans, including the site where Thurgood Marshall mentored young men and authored portions of the Brown vs. the Board of Education. The YWCA was conceived by a former slave Anthony Bowen; Booker T. Washington’s son-in-law served as architect; and President Teddy Roosevelt laid the first cornerstone. Today, Cecilia S. Marshall, Justice Marshall’s wife, serves as the Honorary Chair of the Thurgood Marshall Center Trust, Inc. (TMCT’s) Board of Directors. TMCT, the proprietors of the historic Thurgood Marshall Center for Services and Heritage is a non-profit organization dedicated to facilitating social services to the needy.

Some of the photos below are jarring, as are the conversations around them. A great quote that helps:

Use of language: ‘discrimination, homophobia, bias’ – if defensive, notice it and accept the discomfort of unlearning and relearning…this requires a desire to know, motivation to become informed, willingness to correct mistakes.

There’s a ton of social innovation that’s happening here now, in our capital city, in out of the way places, except not a lot of people know about it … yet. But they will, name your health issue. Thanks to all the (s)heroes, past, present, and future who are creating a better world for all human beings :).