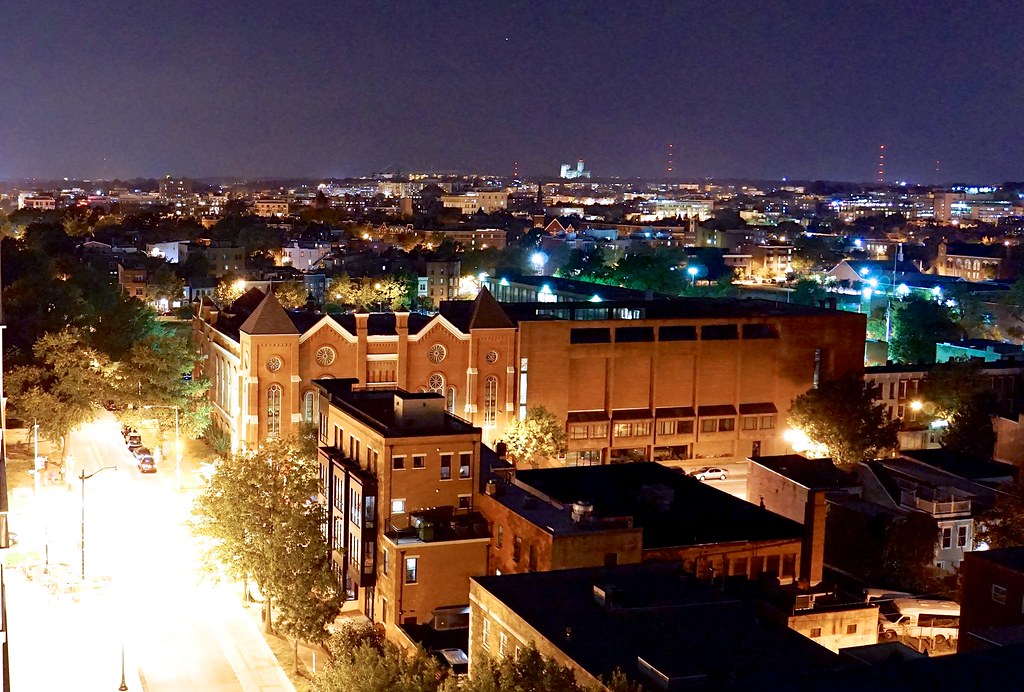 This week’s photograph was taken from a vantage point that’s new to Washington, DC, from the top of O Street Market, in a part of the City that has gone unbelievable change in the last 5 years. See: O Street Market: Symbol of violence becomes a marker for D.C.’s resurgence – The Washington Post for a story and dramatic pictures.

The building in the foreground is Shiloh Baptist Church (@ShilohBaptistDC) which has an impressive history:

The history of our church is well known – founded in 1863 by twenty-one former slaves who were new immigrants to the city of Washington. Our history is not unlike that of many African American churches founded during that era – mostly slaves, or newly freed slaves bound by the common experiences of political unrest, struggle, and pervasive poverty. What is truly unique and remarkable about Shiloh’s founding is that it was founded during the Civil War, when the majority of African American churches and other institutions were founded after the war had ended in 1865.

Shiloh Baptist now sits, on 9th and P, just a few blocks from an area decimated after the assisination of Martin Luther King, Jr., and surrounded by an impressive renaissance. The National Cathedral can be seen in the background.

Rest of the photos from the series are below, I took one that shows that not everyone in our city is partaking in the renaissance. Something to think about.