In the end, we were all inspired by Mother Teresa. 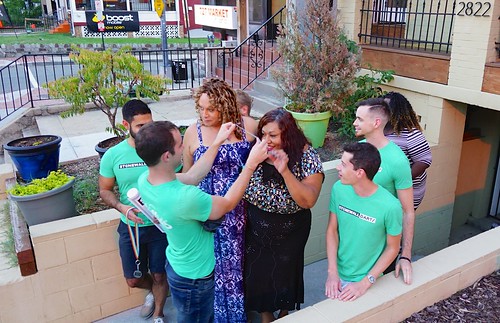 I got to accompany the first runner up Stonewall Darts Team, part of Stonewall Sports (@StonewallSports) “Tall Dart and Handsome” to present the second prize winnings to their selected charity, Casa Ruby DC (@casarubyDC) this week, in the amount of $2500.00. Although my team didn’t win in the playoffs, we also won $463.00 for Ruby’s team earlier in the season, which makes 2 teams this time that played for Ruby.

Stonewall Sports is an LGBTQ & Ally community-based, non-profit sports organization that strives to raise funds for local non-profit organizations through organized sports. Our league values each player for who they are and what they bring to the each league’s community.

I learn something new every time I see Ruby. See: Being Real, Producing Health and Wellness: Ruby Corado and Janet Mock | Ted Eytan, MD for my first visit.

On our tour, she told us how she was inspired by the nuns in an AIDS hospice she worked in previously in Washington, DC. She said they wore very little clothing, and no shoes. “All they had to give was love,” she said, which is her model at Casa Ruby.

I went online and found out more about Gift of Peace, which was indeed founded by Mother Theresa almost 30 years ago. I read that in the early 1980’s local homeowners protested the home because it was believed AIDS could be spread through the air. 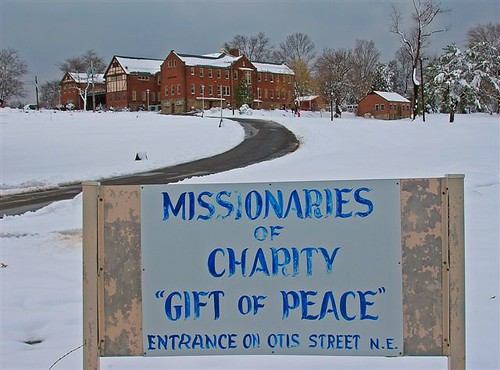 This is not unlike some of the comments I hear, today, from some of my medical colleagues, about people who are transgender; things like, “what will they want next, cross-species transplants?”

Fortunately those voices are rapidly fading into irrelevance as a new generation changes the world to become a more loving place. It’s inevitable, you know, love always wins 🙂 .

A visit to Casa Ruby always includes the tour, a story or two, and a vision for the future. There’s a lack of services for LGBTQ individuals in Washington, DC, who find themselves in crisis, either because of lost homes or domestic violence, not to mention lack of employment. Even though it’s illegal to deny employment to a person because they are transgender in Washington, DC, their unemployment rate is 50%, compared to 7% for the general population.

As an example, Ruby noted that shelters and other services exist for opposite sex partners, but not same sex partners in our city, and it’s her intention to change that, for all LGBTQ people in our city. I have a feeling she’s going to, because as she said, “I get stuff done.”

Which she does, she has a lot more help, and we are continuing to change everything.

More photos below, including awesome hug sequence. Thanks to Stonewall Sports for connecting inclusion in sport to inclusion in life, and Washington, DC, for being the hub of social innovation in the United States.

the unfulfilled need for love and feelings of rejection and loneliness are a far greater suffering than starvation and poverty. – Mother Teresa

[…] by its neighbors because they believed at the time that HIV could be spread through the air. (See: Photo Friday: Our generation is changing everything for people who are LGB and Transgender | Ted Eyt… for more of the […]