I discovered this book, thanks to an influential colleague, in preparation for facilitating a panel of our members at our National Diversity and Inclusion Conference. I mentioned in a tweet before the conference that myself and the organization I work for were born to be inclusive, this explains why.

The book was written in 1943, at the height of World War II, and is no longer in print (but still under copyright so mindful of fair use).

The title of the post comes from Chapter 4, which describes the innovation of Sidney Garfield, MD, the co-founder of Kaiser Permanente, in Desert Center, 1933. The author, Paul de Kruiff, writes of him as a kind of medical Mark Zuckerberg of his time, a physician who built a hospital with hotel quality linen, air conditioning, and an environment with enough comfort, space, and time to promote healing, unheard of for its place and time. Here was his quote: 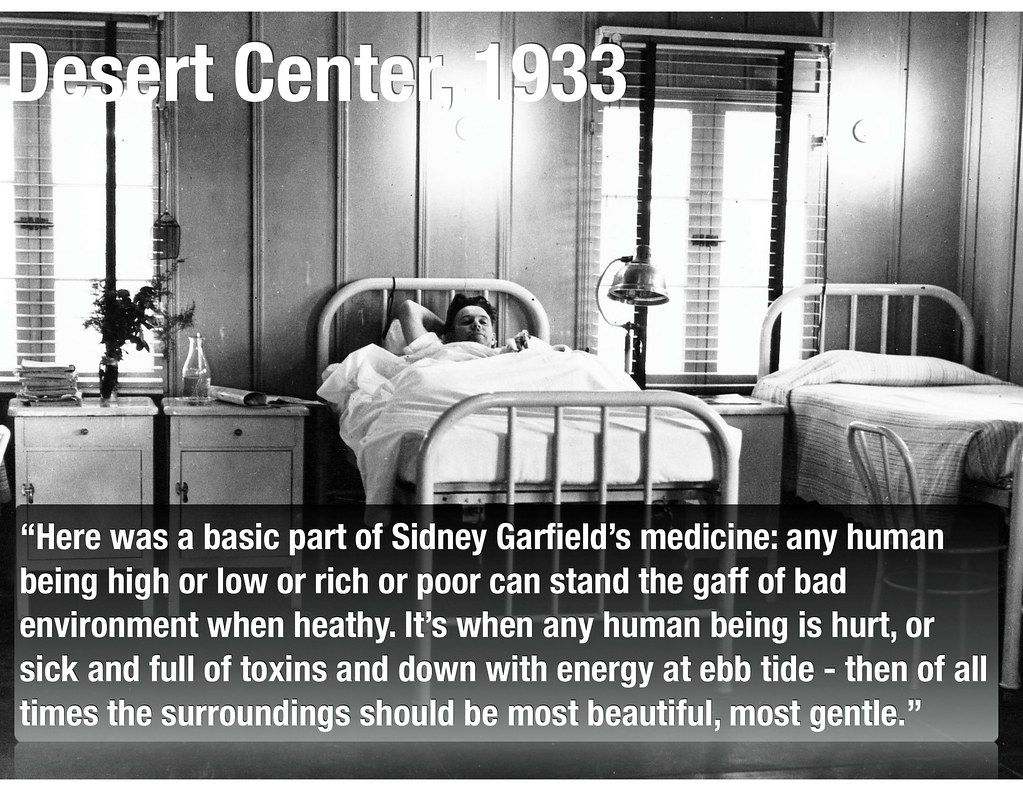 What was innovative about this, besides the prepaid payment model and group practice that emerged later, was that he offered these environments to a group of people who no one would care for, or care for well. According to de Kruiff, this is how Garfield made a name for himself, through caring for the uncared for. As the title of Chapter 4 alludes, Garfield’s answer was “yes” for everyone. He connected with industrialist Henry J. Kaiser, who was similarly disposed: 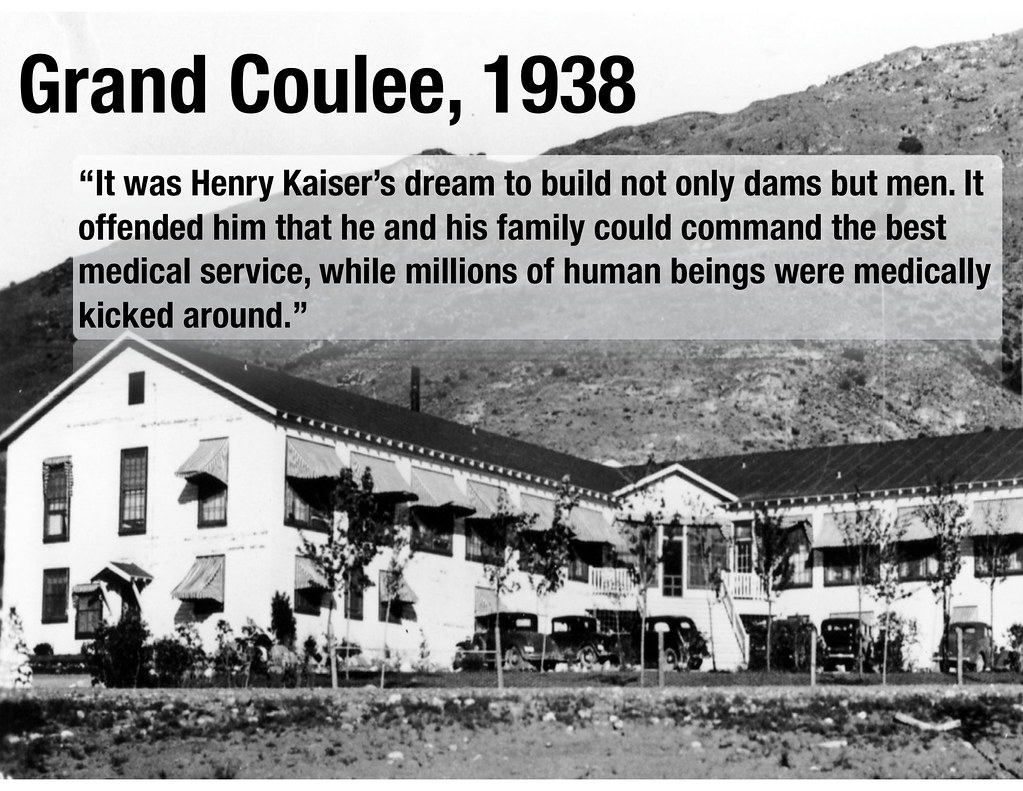 In the early days of Kaiser Permanente, workers paid about $0.07 a day to be tended to as long as needed to recover from injury and illness, which was so different from the existing model, of being billed after injury or illness, with fees that were out of reach of the average person. In today’s dollars, this would be $1.00 a day for comprehensive medical care, so $30 a month. de Kruiff’s enthusiasm for this model shows, and rightly so, because this contribution, plus matching contributions from workman’s compensation insurance companies resulted in Garfield turning a profit, and paying off his hospitals faster than expected, all while providing the most humane care anywhere.

de Kruiff tells the story of the “long arm of organized medicine from Chicago” (The American Medical Association) and its attempts to keep the status quo and stop the burgeoning concept of group medical practice. That of course is mostly history now, as group medical practice is commonplace and demonstrates higher quality and access to the best care. In Garfield’s day, he wondered why every single physician needed to have their own microscope (often for decorative purposes on a shelf) instead of a health system pooling resources to place microscopes in the hands of the physicians who knew how to use them well…..

I took a little time to read the reviews of the book written during its time. They alternate between guarded enthusiasm and frank disbelief / allegation of bias by the author in favor of this new kind of health care. I’ve pulled the links below in case you’d like to get a sense of them.

As I’ve written here previously, I like reading about where we’ve come from, because it says a lot about where we are going. A lot of the themes of 1943 are alive and well today in modern health care. In this, the decade of the patient, we are deciding that all patients are human beings, with the capacity to understand and make decisions about their health given the same information that their physicians have access to. Additionally, we’re learning (again, and again) that excluding a specific class of people from the health system doesn’t benefit society at all. It seems like Garfield figured out the opposite, that inclusion in the beginning has huge benefits, for him as a physician, a businessman, a societal leader.

In another nod to things coming full circle, note the words on the inside cover. It looks like environmental stewardship was in vogue in 1943, too. 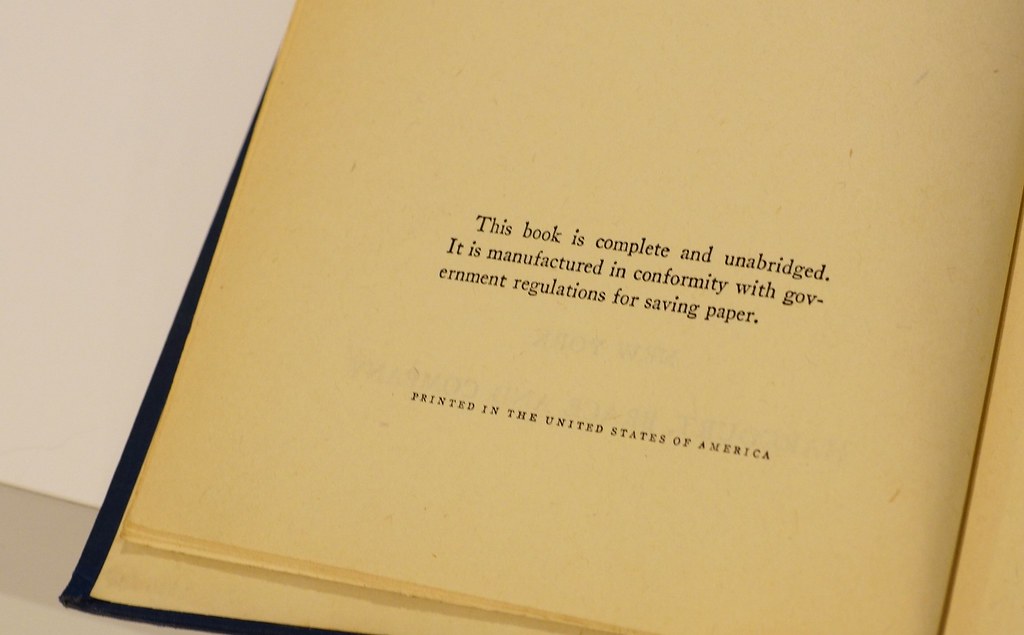 More photos below, including how the 1933 version of inclusion has translated into 2013. Comments welcome.

Reviews of the Book circa 1943