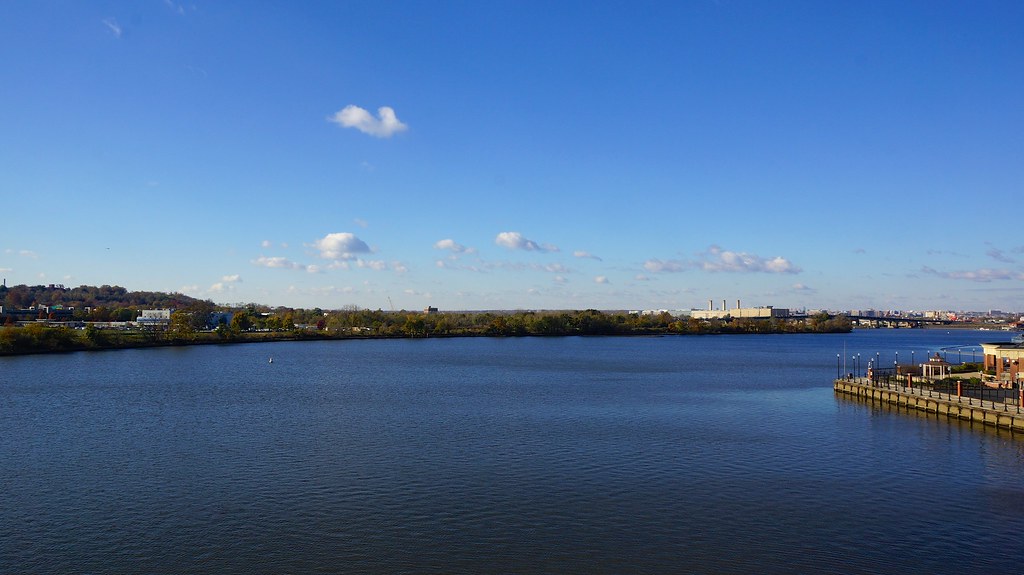 This is going to be the view from Washington, DC’s future 11th Street Bridge Park (@DCBridgePark). I walked it with a group of community members, led by Scott Kratz (@ScottKratz). Scott’s invested time in over 160 community meetings, is now a self-professed expert on bridge construction, and is pretty passionate about what a public space over this, the Anacostia River, can do for our nation’s capital.

In just a few years, all of these views will be replaced, I’m certain. It’s right next to the historic Washington Navy Yard , which during World War II was the largest naval ordinance plant in the world. The Navy Yard neighborhood was also home to an LGBT community that sought refuge from discrimination that was occuring in “safer” parts of the city  As you can tell from the photographs below, it is already a neighborhood transformed. Imagine what will happen when it’s connected via beautiful, engaging, park over water to one of the most challenged parts of our city.

Scott refers to this as his “too much time on my hands” project. I think it’s really the “I have plenty of time to do this because it’s important for my community” project :). I wanted to walk the bridge because health, art, and creative spaces go hand in hand in Washington, DC, the most social city in the United States. Just another example of place where people believe everything is possible, because it is.