Just how does the IHI feel about sharing….Maureen Bisognano points this out (View on Flickr.com)

Maureen Bisognano, the President and CEO of the Institute for Healthcare Improvement (@TheIHI) knows her way around a camera.

I discovered this yesterday when she graciously offered to give me a tour of the IHI’s headquarters before we sat down to plan for the 15th Annual International Summit on Improving Patient Care in the Office Practice and the Community.

What became pretty obvious was this was a tour of the organization’s culture, and the physical manifestation of the space conveyed the values that are printed on the coffee mugs.

I was joined by a great team planning the Summit, including Co-chair Gilbert Salinas, who is the official “Patient” co-chair of the summit. He’s also, I learned, the Kaiser Permanente sponsored safety-net fellow this year (see: Gilbert Salinas, IHI Fellow – YouTube). By coincidence, he’s also a Kaiser Permanente member, receiving care in the Southern California Region. It was and is a pleasure to work with and learn from him. The other co-chairs are Steve Tierney, MD, from Southcentral Foundation in Alaska, Somova Stout, MD, from Cambridge Health Alliance, and Ed Ellison, MD, Executive Medical Director of Southern California Permanente Medical Group.

Come out of your comfort zone with me

Maureen knows the photographer’s secret – we like being behind the camera. When I asked her if she wanted to be in any of the photos, she politely declined. However, when her team surprised me with birthday cupcakes (hello Virgo!), we convinced each other to break the rules. 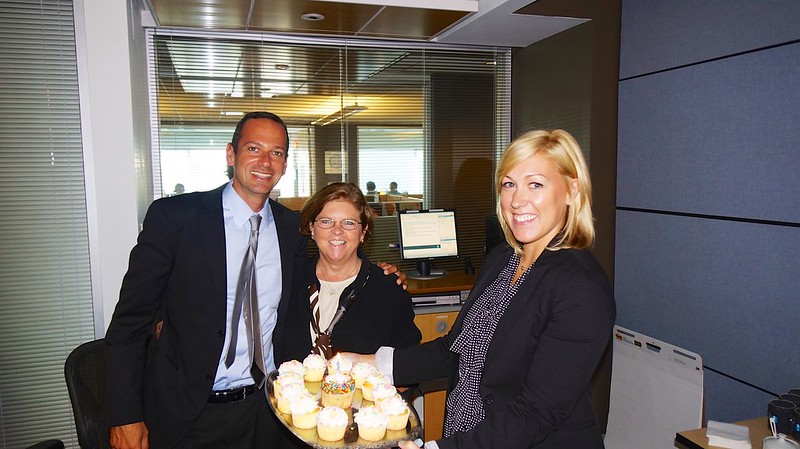 I/we hope you’ll join us in Washington, DC-adjacent in 2014 at the Summit. It’s going to be a ton of fun.