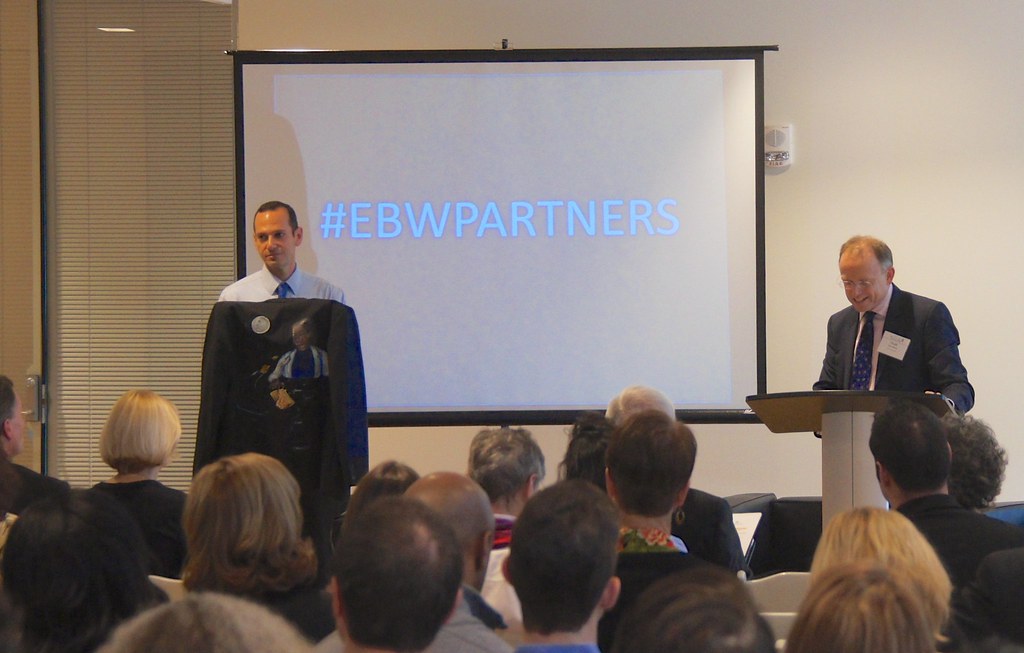 When Tyler Norris, Vice President of Total Health Partnerships for Kaiser Permanente, told me that Vice Admiral Regina Marcia Benjamin, USPHS, the Surgeon General of the United States (@SGregina), would be speaking at the Every Body Walk Partners event held at the Center for Total Health (@kptotalhealth), I told him about Ted’s First Jacket from The Walking Gallery and the story behind it.

He said,”It’s a beautiful story, I think it has to be told, and I think you need to tell it, in her introduction.” I made an attempt to have the artist herself, Regina Holliday (@reginaholliday), come and tell the story, but unfortunately she was in another part of the country, on her mission to make things better for people everywhere. She wrote me an email that said:

I have infinite belief that you will say the most amazing things….

So, the story was told, to the packed room, with Dr. Benjamin looking on. I didn’t tell it though, I asked Tyler to tell it, because the owners of the story are people everywhere who are shooting the moon. Here are the remarks I prepared for Tyler, that he read to the audience as I (really, WE) modeled the jacket.

We had technical problems with the slides to be shown, and this is why I love blogging, I can simply replay things as they were meant to be.

Regina Benjamin’s story is also a part a movement, started by this Regina, Regina Holliday 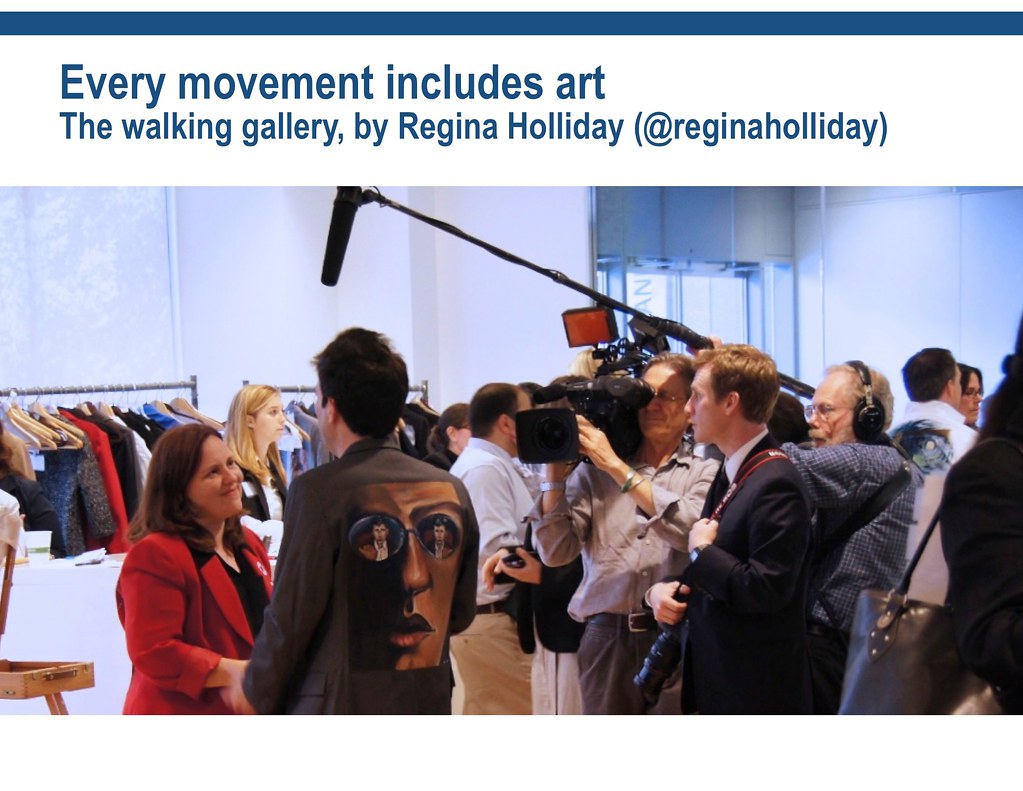 Regina is an internationally recognized patient advocate and artist, on a mission to change health and health care following the medical tragedy that was her husband’s death 3 years ago.

When Regina was here in this very space for the first time, she said, “I want to have a gallery show,” and we told her, “you cannot, the walls are specially treated.” Her response was,”then I will paint people’s backs and they will wear the gallery.”

My colleague Ted Eytan is wearing one of the first jackets of the walking gallery, jacket #11, based on Regina Benjamin’s story. 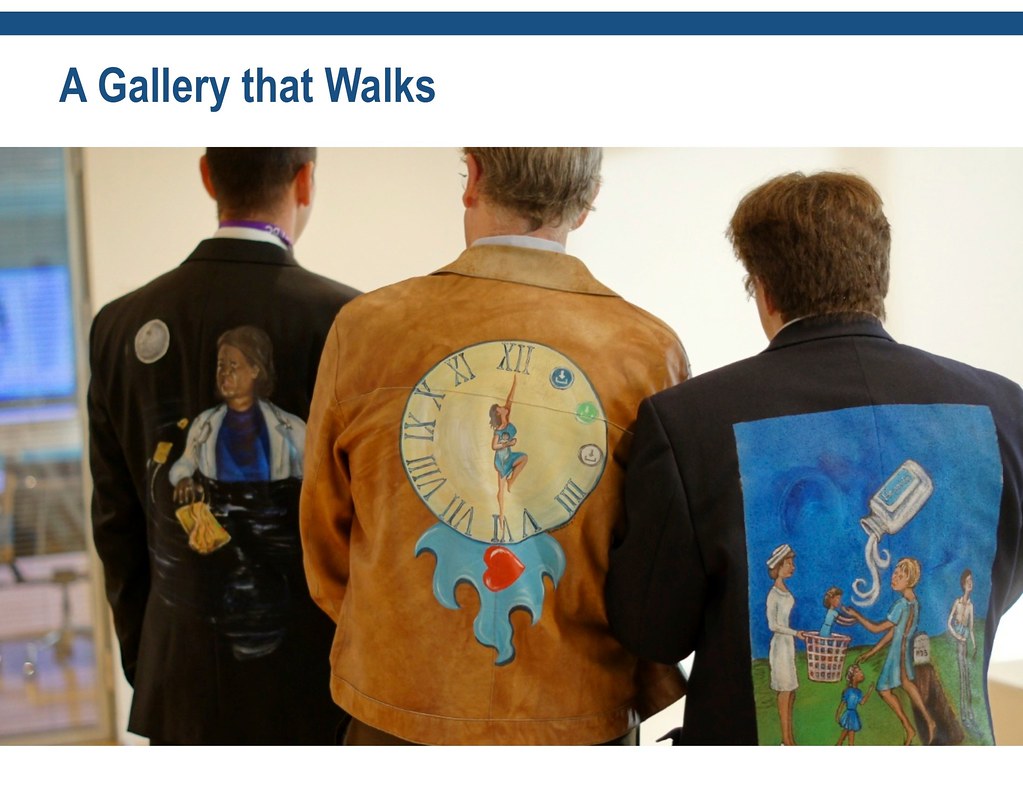 In the jacket, called “shoot the moon,” Dr. Benjamin survives the destruction of her clinic 3 times, twice in floods, once by fire, and would not give up. No great change is possible without the chance of great failure.

There are 216 jackets around the world, and each wearer is typically asked to tell the story they wear, by complete strangers as they walk down the street. This is why the walking part of the gallery is so powerful.

As Ted explains to me, he and Dr. Benjamin trained in a specialty, family medicine, that was created to change the culture of medicine, and ultimately society, and we are all here to do the same. What we have in common is our desire to shoot the moon. 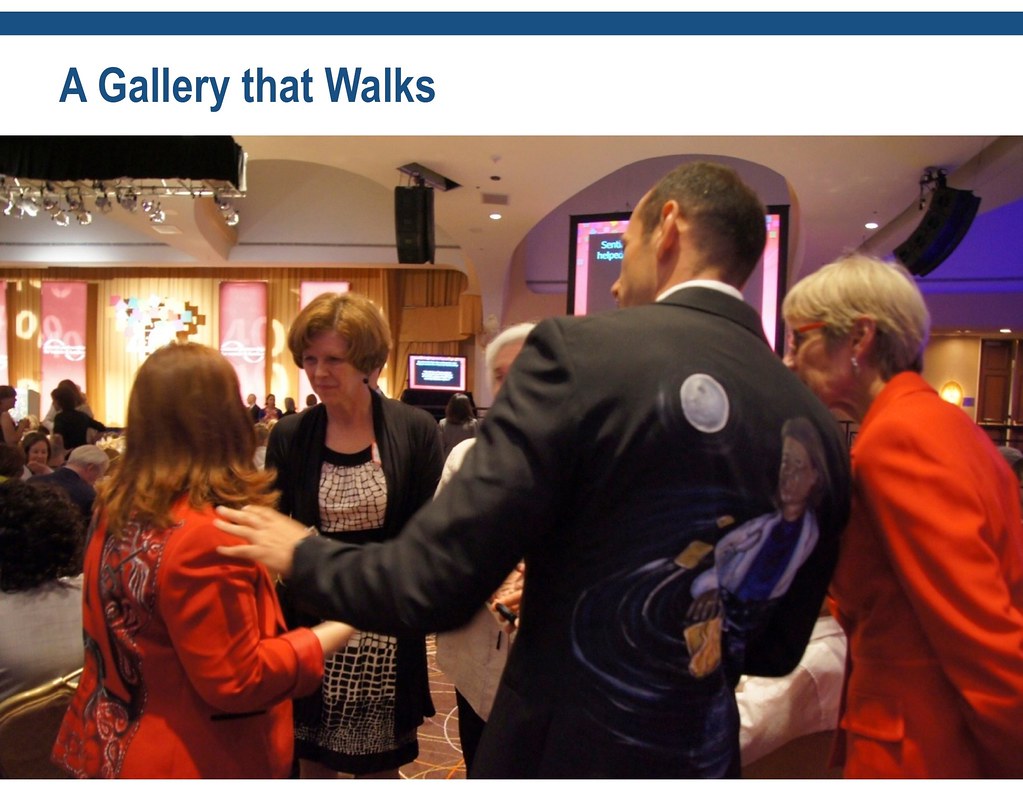 This is a photograph of Regina with the jacket before she began working on it. The talent of her storytelling has given so much meaning to so many things people do, including our country’s Surgeon General. 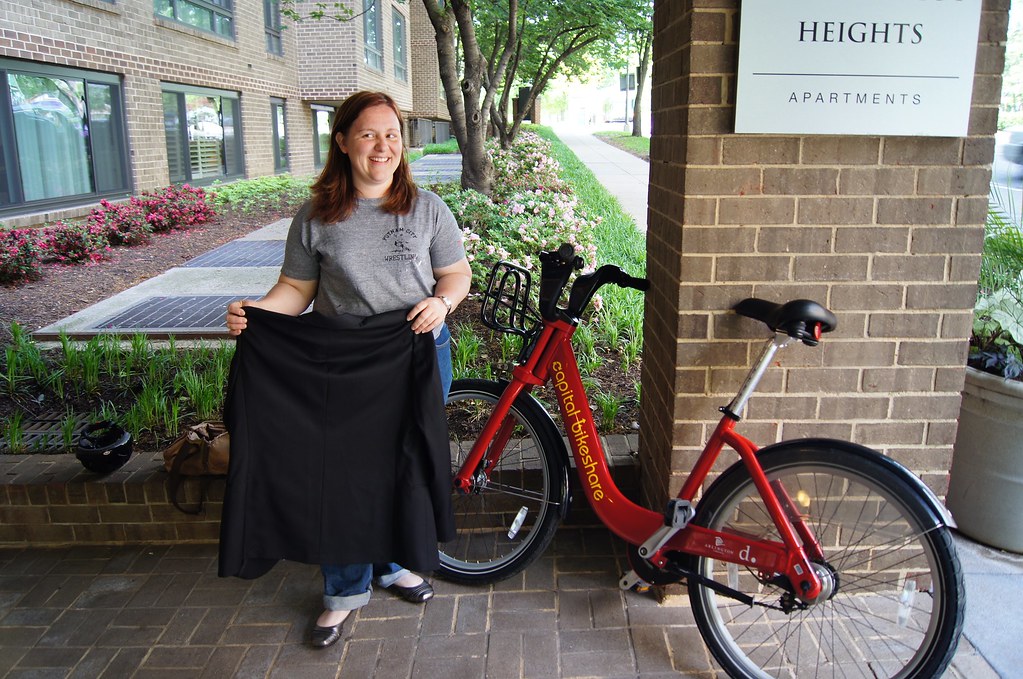 View Regina and future piece of art 2 on Flickr.com

Dr. Benjamin and her team were so impressed with the art, which is the same reaction I get whenever I wear it, by an amazing diversity of people, wherever I am. If you ever find yourself thinking or are around people who think that there are people who don’t care about their health, their lives, or their communities, wear one of these for a day, and walk. It will change your perspective. Instructions on how to join are at the bottom of this linked blog post :).

I was asked if I lost my best suit due to #TheWalkingGallery – nope, this is now my best suit, the one that makes life real @reginaholliday 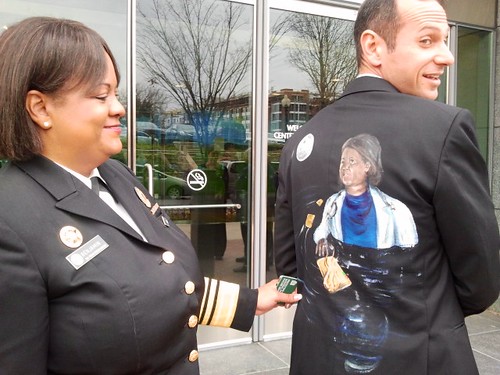 You can find more photos of Dr. Benjamin and the event here.

Love this…and let’s remember Dr. Benjamin’s mantra…Health is where we Live, Work, Play and Pray! Blessings abound with The Walking Gallery. I’m proud to be one of us…