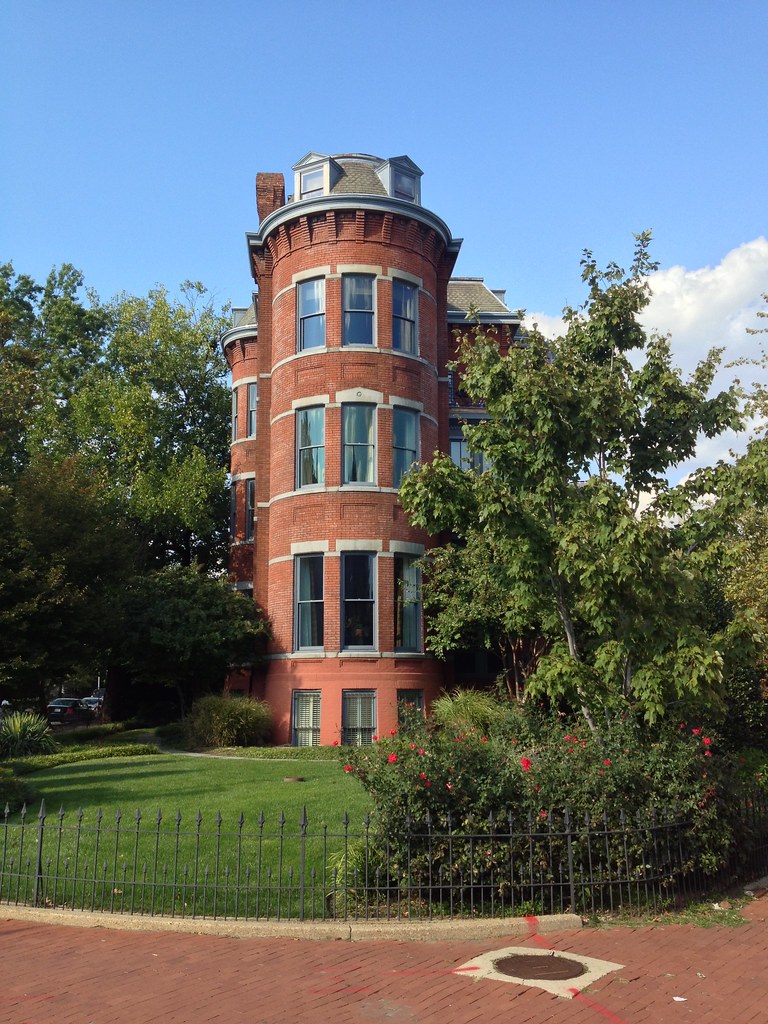 This week’s photograph is of an otherwise handsome looking condominium conversion across from Logan Circle, the only circle in Washington, DC zoned exclusively for residential use. Here’s a panorama of what’s across the street:

The building, though, was formerly known as the Cadillac Hotel, and just a generation or two ago, listed in the Green Book Guide for Black Travelers, meaning that it was a place that didn’t discriminate. I learned about the Cadillac Hotel’s history in a preview of the Logan Circle Heritage Tour, a walking tour that will be installed in the near future (get it? walking). The Cadillac, as well as much of this part of Washington, DC, fell into disrepair or was destroyed after the assassination of Martin Luther King, Jr., and fell into less happy times. Looking at it now, you wouldn’t know that it was a symbol of freedom, in a place that wasn’t free. While on the tour I learned that hospitality in DC was not the only place that denied equality. Garfinckel’s Department Store did not allow African Americans to shop there, and only Hecht’s (now Macy’s) downtown allowed African Americans to open charge accounts. Garfinckel’s ultimately declared bankruptcy and vanished (love always wins).

I recalled as I was hearing (and feeling) this story that there is a similar guide for Lesbian, Gay, Bisexual, and Transgender travelers, because it is still possible to be afraid to check into a hotel in our country just because of who you are.

Here are the rest of my photos of the Logan Circle neighborhood – what was once a haven for love and equality is now a lovely place.

Afr Am landmarks in DC are symbols of freedom and/or the struggle. #equality

Not only did my Aunt Myrtle Williams own the Cadillac Hotel but several other hotels in the city as well. I remember as a child going to the hotel and her having a coca cola machine in the Lobby and she would have quarters to give to her nieces and nephews so they would be able to have drink. She was from a privileged black society in D.C.

my grandmother’s sister owned the Cadillac hotel in DC

Thanks for commenting – any history you’d like to relate?

I just saw this article and your reply. My mother, Bessie Peterson, worked at the Cadillac Hotel in the early 1960s.

Hi Ted, I’m actually currently researching it…I just know the family stories. She was actually pretty wealthy and owned a few other hotels in myrtle beach. She died in1992 and I’m not sure when she actually sold the hotel, but I do know how much she sold it for.

Thanks for posting this the info about the hotel.

Pamela is my 1st cousin who also commented on this article.