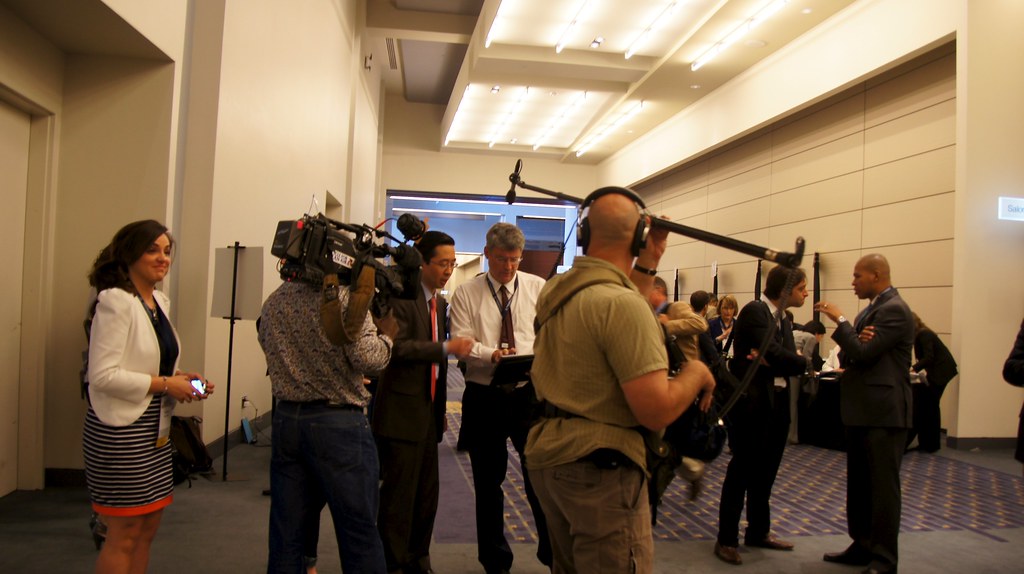 This is how stuff happens around here. One minute you’re sharing stories with a friend whose team happened to win the obesity prevention code-a-thon. The next, you’re watching as the United States Chief Technology Officer Todd Park ( @Todd_Park ) gets a live demo of the app-created-in-2-days by the SchoolFit team, with CBS News looking on.

What was supposed to happen was that Todd was being set up for a scheduled interview right after congratulating the winning team, who are Jay Nagy > Ryan Duryea, dev > Art Nicewick, lead > Christine Kraft ( @ChristineKraft ) > Amanda Robison. However, he became engaged, and quite graciously so, in seeing how the app worked. At that point, the CBS crew decided to take their camera off its tripod and walk over to film what was happening, which is what I photographed.

So, this is proof that winning a code-a-thon can bring great visibility for innovation. And, let’s also celebrate that this is the first Health Data Initiative Forum that had a national TV news crew present (that I know of). This health data thing is REALLY catching on.

Oh, and CTO Park did pose for a photo with Art and Christine, too. The rest of the photographs from the moment are below, enjoy. With great thanks to Todd’s team for their flexibility, sense of humor, and focus on a great experience for all.