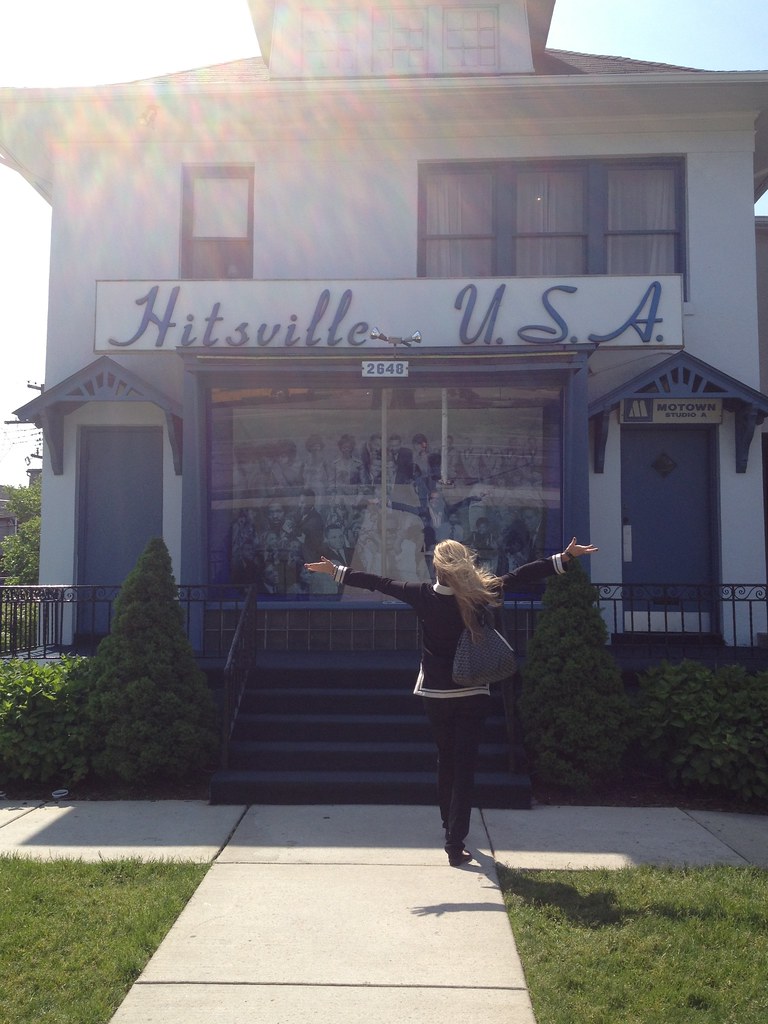 View Seizing the moment on Flickr.com

I took this photograph right at the moment that my colleague Kristin ( @krisitnjuel ) realized that she had arrived. Soon after, I realized I had arrived, too. What an amazing lesson in innovation there is at the Motown museum ( @motown_museum ).

What happened was that we had just returned from a tour of the Ford Rouge Plant, in Dearborn, Michigan. This plant is a multibillion modern marvel, complete with green room, LEAN production techniques, showcasing the best in American ingenuity on a grand scale.

On our way back to the host venue, after passing the museum multiple times, I agreed to take a quick detour to the Motown Museum. It showed me so much about how incredible innovation, much more than I expected. We learned about how a 30 year-old Berry Gordy connected with the social network of people in their early teens and 20’s, who packed into a small room known as the snake pit, with no air conditioning (it created too much noise), lots of cigarette smoke, and a two track recorder, meaning that each take had to be executed perfectly. Detroit was put on the world map in an era where it shouldn’t have been. When he learned that a DJ would only play 3 songs from a single record label in an hour, he just created new record labels, and moved songs between artists for maximum exposure.

We were standing in the room with photographs like this, where Diana Ross and Smokey Robinson created the greatest hits of their time (and I’ll say of all time). If you know Kristin, you know how much music is a part of her life, and that it’s no surprise she had a tear in her eye as we walked through the space. I may have had a little one, too. Innovation and creativity in a time and place of constraint is emotionally powerful – it’s the triumph of the human spirit.

So that’s the story behind the photograph. My photos of the Ford plant are below. Unfortunately neither Ford nor the Motown museum allow taking pictures inside their production areas.

I wanted to share what we experienced because it will shape dialogues I have about innovation for a long time to come. All of this is available in a little house a block away from the Henry Ford Health System in Detroit, Michigan, USA.

Oh, PS, see that green line in the parking lot at Ford? We were told that workers that drive Ford vehicles to work are allowed to park their cars on the side of the line that is closer to the plant so they don’t have to walk as far. It made me think, what if the drivers of the Ford vehicles were rewarded with parking farther away from the plant instead :).