Twitter, Facebook, and social activism : The New Yorker – Thanks to @epatientdave to pointing this my way (and a lot of people’s way). In this piece, Malcolm Gladwell disputes the notion that social media, with many weak ties, was responsible for the various revolutions this year. 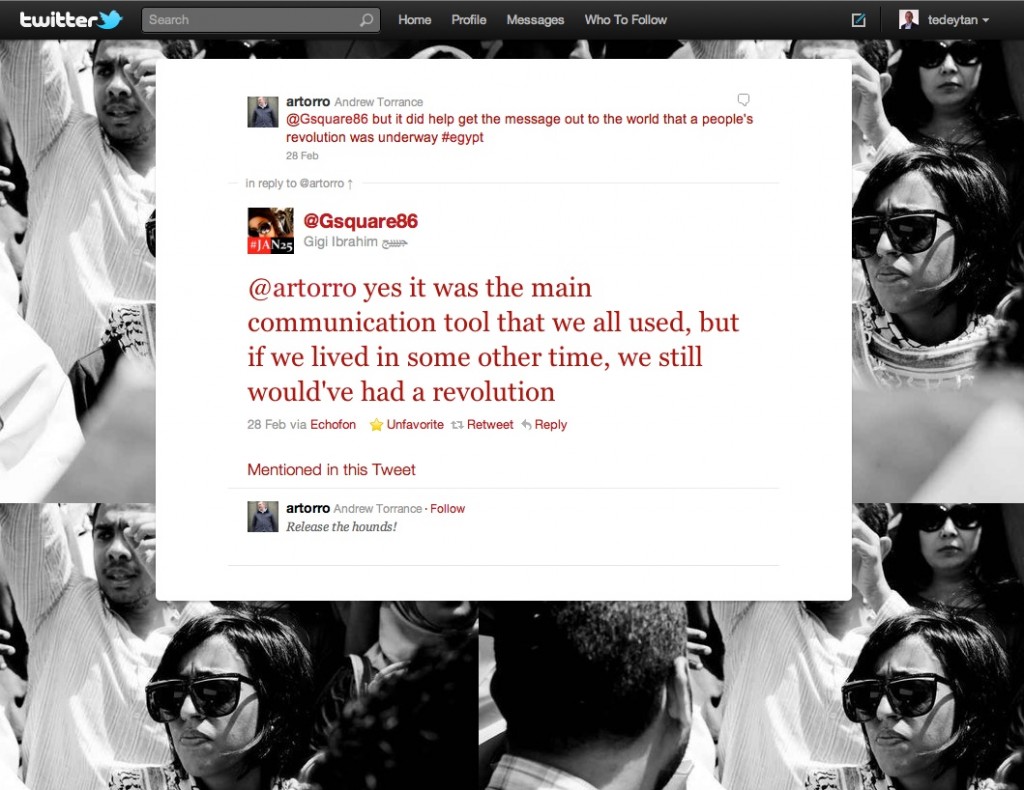 This corroborates what I found in work earlier this year when I sought to explain the impact of social media. I found the tweets of Gigi Ibrahim ( @Gsquare86 ) after seeing her on television, where she explained in a series of tweets like this one ( and this one, and this one )that this was not a revolution precipitated by social media. On the other hand, I found that this causality (“social media” = “revolution”) seems to still get people’s attention when it comes to explaining the importance of social media. I think this is bittersweet.

The takeaway for me is similar to what Gladwell states in his article, and the fact that I was able to “connect” with Gigi’s thoughts from a world away shows that there is a lot of value regardless. See what you think.