I didn’t notice the tear in the EMT’s eye until Regina pointed it out to me. She said the transport service called her a few days after they transported her husband Fred, to see how the families were doing. Fred’s doctors did not. 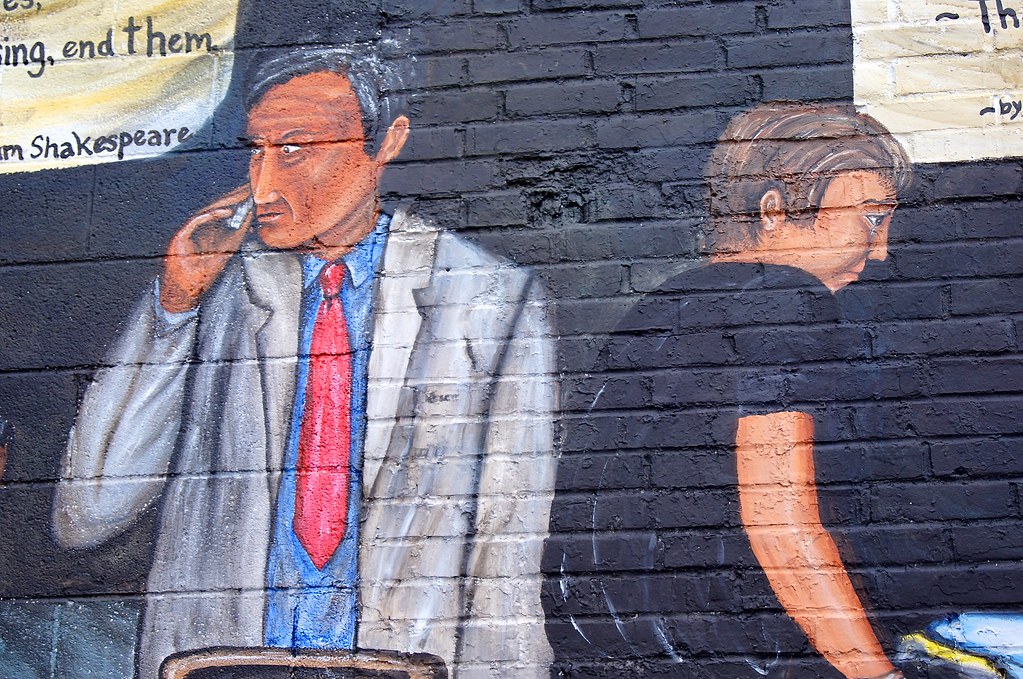 The EMT has a tear in his eye (view on Flickr.com)

It made me think of what someone who transports patients between facilities must see everyday in our dis-integrated health care system.

Regina Holliday’s 73 Cents Mural in Washington, DC, which I consider a national monument to patients is full of meaning, even 2 years later. This weekend, Regina ( @ReginaHolliday , http://reginaholliday.blogspot.com ) and her son Isaac, took the time to give my colleague Jennifer Gunter, MD ( @DrJenGunter ) a full tour of the mural.

Regina also pointed out the telephone next to Fred’s bed. The buttons say, “9-1-1” repeated multiple times. This came from the time where a patient in the same facility as Fred called the emergency medical system from his bed to be rescued from his own care. 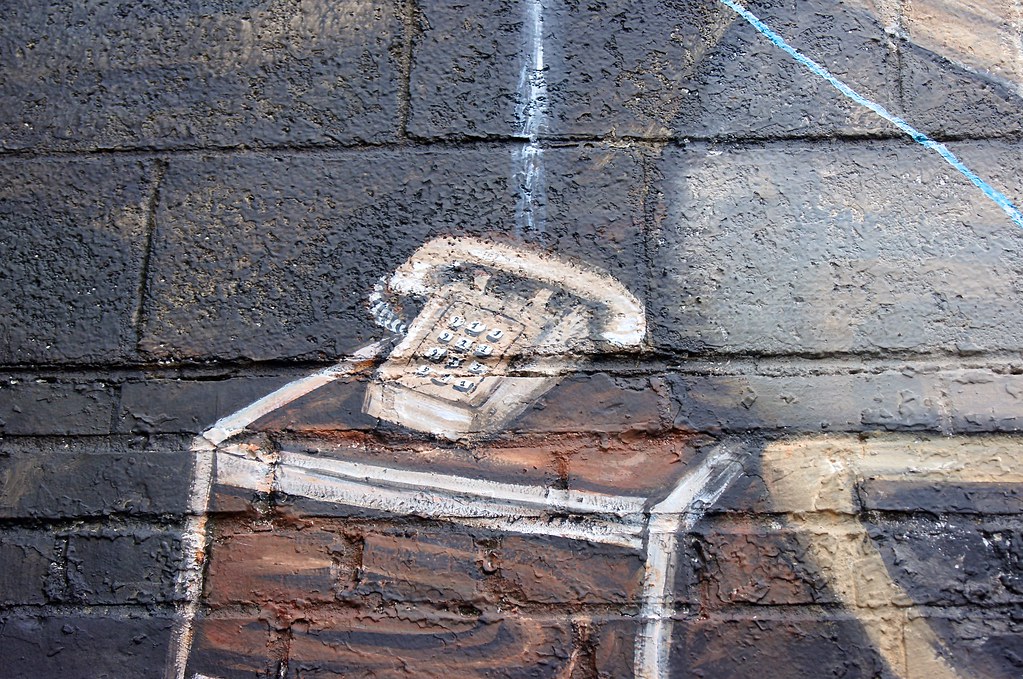 The telephone has 9-1-1 on every row of keys (view on Flickr.com)

In 2009, there was not yet meaningful use, Regina Holliday hadn’t yet stood next to Kathleen Sebelius and Regina Benjamin, MD, at its announcement. There was no  73 cents mural location on Foursquare to check into, or a similarly named Facebook place; there are now.

A lot has changed – I see Regina getting into her own “synchronicity,” coming into her own as a patient leader and public figure. Two years ago, as she says, she left her husband’s bedside, wore a nice dress, and brought his laptop to a small meeting (to look official) to talk about a medical facts mural she was getting ready to paint. She says she didn’t really know much about health care, or EMRs, or patient data….

In 2011, Regina is planning an event of her own, The Walking Gallery, (#TheWalkingGallery) at the Kaiser Permanente Center for Total Health ( a facility that didn’t exist in 2009 ), on June 7, 2011, to share patient stories from around the United States. I get to be part of the setup crew.

From a donated gas station wall, to one of the most advanced digital walking walls in existence….

Here are some additional photos of details from the mural…it still has some secrets to reveal.