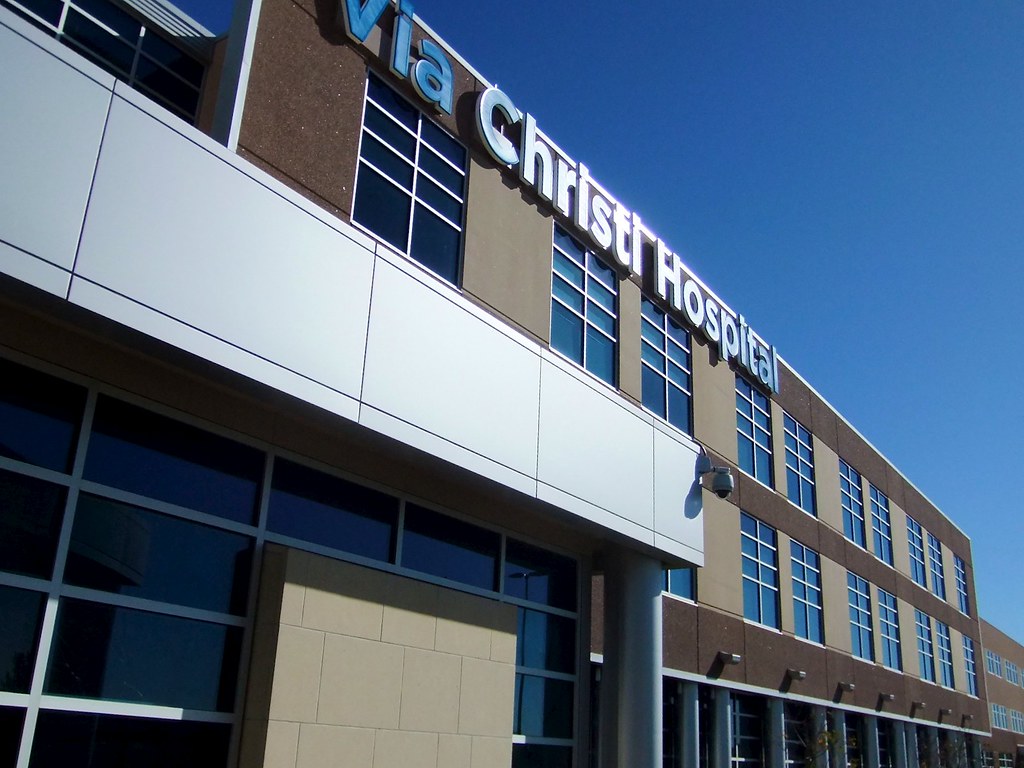 On our final day in Wichita, Kansas, I thought it was really important to see the thing that people are most passionate about, taking care of other people. With that in mind, our hosts, Via Christi Health ( @ViaChristi ), and specifically Morley Healy, drove Danny Sands ( @drdannysands ) and I to the newest hospital in the system, Via Christi Hospital on West St. Teresa for a tour.

Before we went on the tour, though, we were given time, in small groups, to actually work on the concepts that were scored as most important in the 3 x 5 exercise the day before. This was a great use of time, as people could get out calendars, flesh out next steps, and leave with an action plan rather than to-do lists. In addition, the sponsor of the next in person meeting was announced, and it is FrogDesign ( @frogdesign ), specific location to be announced.

After a long drive through corn fields, we arrived at Via Christi Hospital. I think it was very interesting to us to see how modern US health care, design thinking, and a committed health system comes together to create a hospital in 2010. There were important signs of patient and family involvement, including roll-out beds in patient rooms, private bathrooms for patients in imaging suites, and nods to the importance of social media in creating a connection to the community. I’m really glad we were able to visit the place where patients are cared for, to respect the work of this health system as it serves an expanding community, and remember this as the most important reason we came here. Thanks again, Innovation Learning Network ( @healthcareILN ), and hosts from Via Christi, for your time and energy!

RT @tedeytan: Innovation Learning Network -last Day -Via Christi's new hospital http://bit.ly/afNayn (Did you take a Pic that phone for me?)