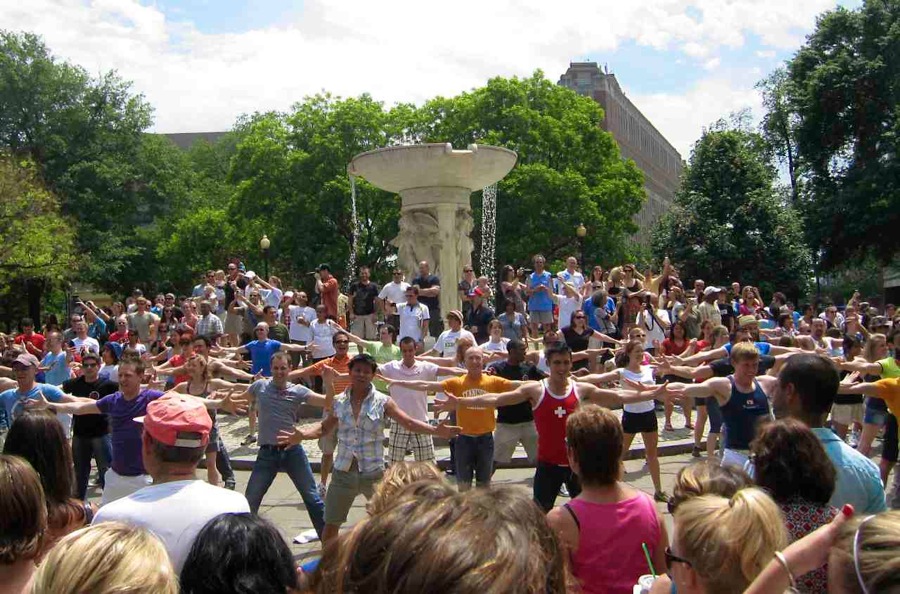 This week’s photograph had to be from the weekend’s Flash Mob in Dupont Circle, featuring the DC Cowboys and Bowen McCauley Dance leading the community in dancing to Abba’s Mamma Mia, as part of “Dance is the Answer.”

Why? Because it illustrates so well what happens in the most walkable,  one of the most open/diverse, one of the most extroverted communities in the United States on a regular basis – people participate with people like and unlike themselves and they stay active.

And one could say total health isn’t far behind for this territory, which is one of the least obese (ranked #45), and one that leads the nation in well-being.

It’s all related….think this way about health where you are, and you’ll see it related, too.

What fun! Thanks for putting that together, Ted!

I'm writing an article on Flash Mobs. May I use the photo from this post?

Be my guest, Calvin!